Betoota’s very own Betoota Heights Hotel has today made headlines for signing up to a southern pokie policy.

Affectionately known as the HH, the pub has reportedly decided to follow the suit of Clubs NSW, and is set to introduce facial recognition technology in its poker machine area.

The questionable technology that raises more concerns than you can poke a stick at, comes as governments threatened to crack down on the machines that cost Australians at-least 13 billion dollars a year.

It involves use technology to recognise gamblers faces, under the premise of trying minimise harm after said identification.

However, plenty of questions have been raised about giving predatory poker machine owners access to a technology that would allow them to gain an even stronger position on their prey.

“Very Important People deserve very important treatment,” explained the licensee for a venue that raked in over 50 grand across all its gambling ventures yesterday.

“So that’s why we are adopting the facial recognition technology, which will allow us to identify people losing obscene amounts of money, and the bring them spring rolls and free beers.”

“I mean, sorry, allow us to help identify problem gamblers so we can give them a ah, reality check.”

The move comes as Clubs NSW looks to push ahead with the controversial technology, which many have criticised as being more likely to contribute to problem gambling than prevent it.

Previously suggestions had been offered up to mandate cashless gaming cards, which would prevent people from flushing huge amounts of cash through reverse ATMs and serving their kids two-minute noodles.

That recommendation, put forward by the Crime Commission and multiple advocates who know they are screaming into the wind was adopted by the state government in NSW, but subsequently resulted in the Liquor and Gaming Minister being booted out of his job for some weird reason.

With Clubs NSW now trying to rush through this policy that they hope makes them look proactive, the Betoota Heights Hotel is also hoping to jump on the PR move.

“It will give us a pass for a few years, and allow us to make sure the supply of free schooners and lamingtons is going to the right people.” 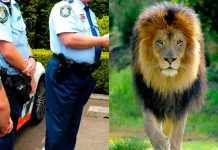