The residents of Melbourne are not amused today as the Victorian Government looks to announce a snap lockdown tonight.

A lockdown is required, said one VicHealth spokesperson, to get a handle on the current outbreak in the nation’s most European city that originated in Sydney and spread there via an infected removalist.

However, the New South Welsh Health Minister Brad The Breakfast Sausage In A Suit Hazzard has told the “moaning” people of Melbourne to get over themselves.

“There was a mistake and so what?” explain Hazzard.

“It happened, move on. It’s not my fault. I’m a senior public servant, nothing is my fault. I think the people of Melbourne should have some perspective. They can have a sooky la la about being hard done by, like a bunch of moaning little bitches or they could just be thankful they don’t live in some Indonesian hell hole with an outbreak bigger than India. I think they should just say thank you to their respective state and federal governments for keeping them safe,”

“And they should thank us for paying them to stay at home. It’s costing the government a fortune.” 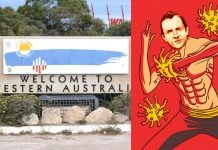 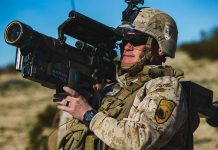