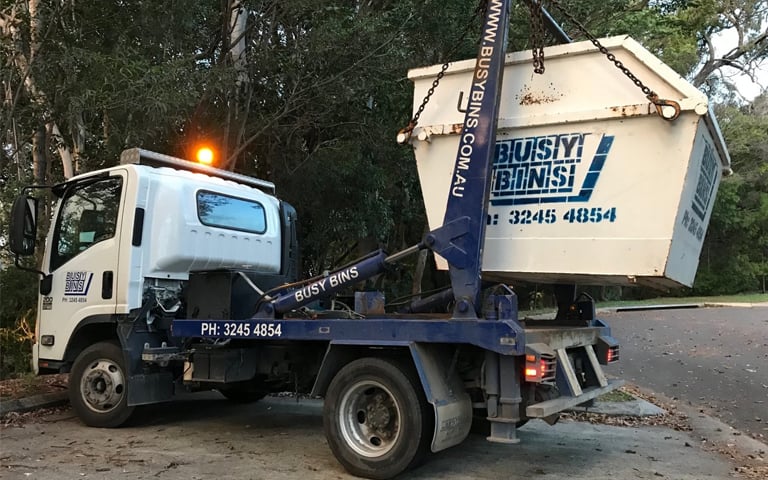 The inhabitants of Spoon Street in the leafy northern suburb of Betoota Grove are salivating this morning, after spotting a newly delivered skip bin sitting on the curb.

The skip bin was dropped off by the Farrugia Brothers, the Maltese family who rule the demolition and waste industry roost in the Diamantina Shire (by questionable means at times) early this morning, much to the relief of local builder Andrew Wilson.

Wilson, whose got mounds of rubble piling up on his reno job in the Grove was pleased to see Jeff Farrugia dropping the skip off as he said he needed to get moving cleaning the site up.

Wilson said he immediately ordered his apprentice and the two other blokes on his payroll to start filling the skip up because in his own words, he ‘didn’t come down in the last shower.’

“I’ve done enough jobs in my time to know that all of the vultures are circling,” he said.

“See, look over there at 10 o’clock, to my left. See there, the middle-aged woman peering through her curtains at the skip,” Wilson said to our reporter as the curtains on a nearby window quickly swung back closed.

“They’ve all got their eyes on the prize. And that prize is filling up the skip with all of the shit they’ve accumulated in their homes.”

Wilson explained that he would sort of be able to understand why people chucked out things like furniture and building waste, but couldn’t for the life of him fathom why people were chucking household garbage into his skip.

“Cardboard? The last skip I had, there were about 5 garbage bags chucked in there. It was on a residential fucking street. They’ve literally got bins for that shit. It’s more work to put them in my skip than their own bins.”

We knocked on a few doors on the street and only got one individual to speak to us, under the proviso that he remained anonymous.

The individual explained that he has a deep-seated desire to throw things into skip bins under the cover of darkness.

“It makes me feel a bit dangerous you know. Like I’m breaking the law, but without any repercussions.”