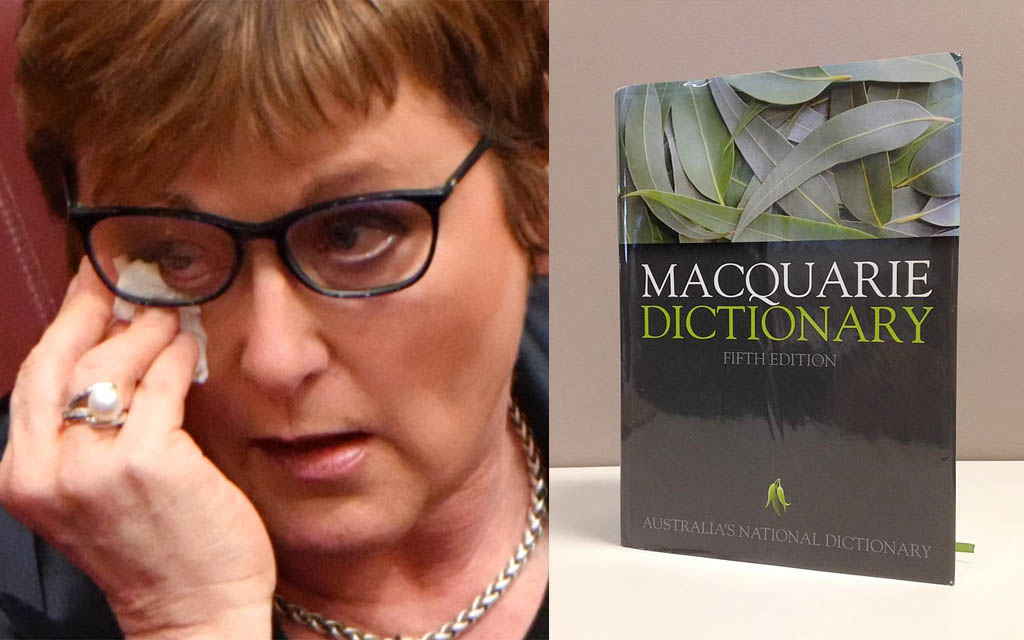 The brains behind the national word book have announced today that their definition of irony has been updated and refreshed for this year’s edition.

The term ‘irony’ in the Macquarie Dictionary will now be described as being Linda Reynolds, one of many cabinet ministers currently under siege, calling someone a lying cow.

Speaking to this masthead this morning, the dictionary’s chief brain said it was about keeping things up to date.

“Linda Reynolds is a lying cow so it’s ironic for her to call someone that,” said Harvey Frost from Macquarie Dictionary.

“So we updated it from its old definition, which was Scott Morrison telling someone to have a go,”

“Everything else is pretty much the same. It should be out soon, the new one so keep an eye out for it down your local book shop.”

The Advocate reached out to the Office of the Defence Minister but was told she’s still on the couch eating crumpets waiting for this whole mess to pass her by.