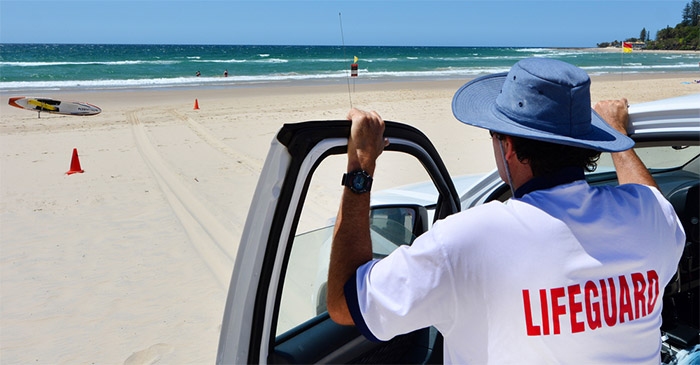 DESPITE WARNINGS FROM fellow beachgoers, a 29-year-old Englishman has inconvenienced everybody around him by getting stuck in a powerful rip current at Manly Beach this morning.

Chatty banker and term deposit specialist, Matteo Thompson, said he thought the lifeguards over reacted to the situation, blaming their use of hyperbole in their warnings to him before he entered the surf.

“They told me, yeah, that if I go in the water here, I’d end up half way to New Zealand before lunch,” said Thompson.

“If there’s one thing you find at beach, is a jawsy Aussie lifeguard trying to give you the better-most advice about how not to drown. Real dab hands aye.”

Countless Australians this summer have been forced to begrudgingly invite floundering Englishmen on to their surfboards, often just when a good set comes in. Miles Blacklocke from Vaucluse Surf Lifesaving Club says he’d rather lose The Ashes and both Rugby World Cups to England, than miss out on another set because “some dopey Pom can’t touch the bottom anymore.”

“Back in the day, we just used to run them over in the surf,” he said.  “We’d stop for some bronzed little Aussie kid in a bit strife but not for some 30-something British iceberg splashing away in a rip tide.”

“It’s a bit unfair. British people can die here so easily, whereas over there, the only way and Australian can die is by looking at his bank account after a night out in Camden Town.”

In response to over-confident English people hogging lifesaving resources over the summer months, the NSW and federal governments have floated an idea to hand out informative pamphlets to incoming tourists about how not to die during their stay in Australia.

The deployment of such learning material has already been effective with other cultures and nationalities, with the Queensland government informing Indian tourists not to enter powerful surf while fully clothed. The rate at which Indians wearing hoodies and jeans being dragged out of the Queenslandic surf dramatically dropped soon after.

Another more controversial idea is the concept of having some sort of floating detention centre out beyond the breakers. Whenever a tourist gets stuck in a rip current, they drift out to the caged facility where they spend time reflecting on their own mortality while being educated in beach survival.

In 2009, the City of Copenhagen placed a ban on UK passport holders riding bicycles in the city after a disproportionate number of accidents were being caused by Brits. It was an unusual and uncharacteristic reaction from the typically warm and welcoming Danish people, but the abject failure of the Brits to comply with local customs proved to be a bridge too far for many.