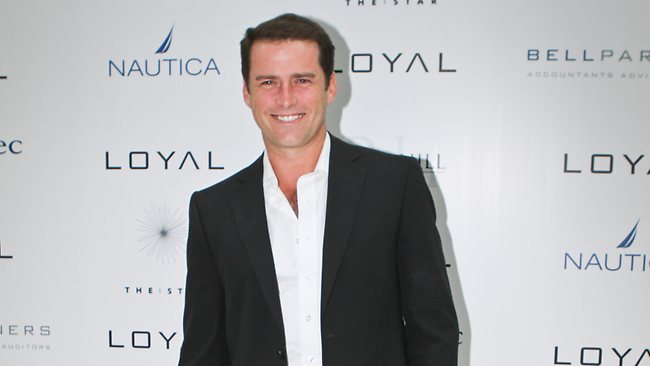 RUMOURS ARE DOING the rounds in Hollywood today as Karl Stefanovic has reportedly signed on to yet another blockbuster sequel.

Stefanovic is purportedly due to lead the production, resurrecting Tom Cruise’s character of Charlie Babbit.

However, his Sunrise rival David Koch is apparently in talks to star alongside is breakfast foe as Babbit’s savant brother, Raymond.

In the documents, the plot of “Rain Man 2: Get Him to The Crown” as the project is known internally, will be a roadtrip-type narrative in which Karl and Kochie will travel from Brisbane to Melbourne and be subject to hilarious and heartwarming situations along the way.

The unlikely duo are racing to The Crown in Melbourne in time for the Logies, where they’re both in the running for the top gong.

Along the way, the two grow and learn from one another.

In one particular scene, Kochie is said to refuse to fly on any other airline but Tiger, because his character enjoys walking up and down the wobbly stairways and eating expired Tiny Teddies while in the air.

“That was a tough scene to nail,” said Kochie.

“I’ve got a newfound respect for actors. It’s not an easy job but it still beats driving a bus or something,”

Speaking this morning of the rumours, Stefanovic said his maverick approach to life and his cavalier attitude toward journalism might have gotten the Murdoch yarn spinners in to overdrive.

“It’s not easy playing me,” he told his co-hosts.

“I spent 4 years at NIDA perfecting my personality.” he said.

In 2009, Stefanovic said he was inspired to take up acting after witnessing Robert Downey, Jr’s powerful performance in Natural Born Killers (1994), where Downey, Jr played a swashbuckling Australian TV journalist with a penchant for danger.

“When you act on the stage everything has to be heightened, but on film, it’s all about the eyes,” he said.

The film is due to be released in 2016, nearly 25 years after the original almost broke box office records for the 23rd biggest opening of all time.