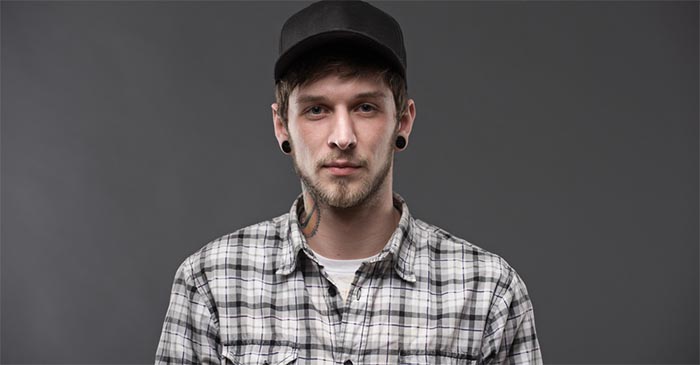 THE WORLD IS A DANGEROUS PLACE which is why God gave us guns to defend ourselves.

However, in this socialist paradise formally known as Australia, ordinary kind-hearted citizens aren’t allowed to arm themselves for their own protection.

So rather than risk a lengthy gaol term and a criminal conviction, law-abiding Australians are being forced to get neck tattoos for self-protection.

Connor Hegarty is a 28-year-old school teacher who drew the short straw straight out of university and took a job at a notorious high school in Sydney’s wild western suburbs. It didn’t take long for him to realise that his daily commute was fraught with danger.

“I work late some days and I have to walk to the train station at night,” he said. “I never feel safe.”

Stepping over smack heads and dodging Subarus, Connor agrees that he’d feel safer if he had a .45 down the back of his trousers.

“I could just shoot them. If somebody held me up with a knife at the train station, I could just turn their head inside out with a hollow point then kick the limp carcas down onto the tracks. Problem solved,”

“But instead, I had to get a neck tattoo – because nobody ever fucks with a bloke who has one.” he said.

Hegarty said he never wanted to get a tattoo, period. But these archaic gun laws aimed at disarming run-of-the-mill Aussies has forced his hand.

Looking at the walls of his local tattoo parlour, Connor finally decided on a design last week.

“It’s a sunrise with a dolphin in it leaping out of the water. It is holding a gun in each flipper,”

“Next week, it’ll look better after the touch ups and the swelling goes down.”