THE WEST INDIAN CRICKET TEAM say they just want to “get the fuck out of Hobart” after their surprisingly substandard performance against in the First Test against Australia. Attracting harsh criticism from both the Australian and Caribbean press, the team decided to throw the game just so they could retreat to somewhere warmer.

While the team has been almost unanimously panned for their defeatist tactics, cricketing legend Shane Warne says he can empathise with the side.

“Look, there’s no other way to describe Hobart. It’s very grim down here,” says Warne. “There’s only one other place I’ve been that’s worse. Ararat. Now that is a brothel town if I’ve ever seen one.”

On the other side of the page, perennial shadow-dweller and wine enthusiast Stuart MacGill agrees that “while Hobart sucks, it’s no reason to throw a game like they’re doing now.”

The 24-year-old captain of the Windies, Jason Holder, has lashed out at those taking the piss out of his team’s match tactics, saying it’s easier to judge from the comfort of your lounge room.

“I’ve never been anywhere as cold and windy as this place, mon,” he said. “We can’t stand being here and the Hobart dank is also real bad.”

A team offical has confirmed the suspicions of the public, saying that the team is booked on red-eye flight to Darwin tonight. Cricketing commentators have all but guarenateed that the team will bounce back once they get to a warmer climate.

“We’ll see a different team in Melbourne on Boxing Day,” said test great Ian Chappell. “I’ve heard the team is heading up to the big T to thaw out a bit. Good on ’em.” 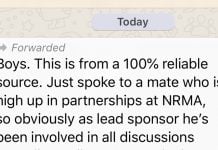 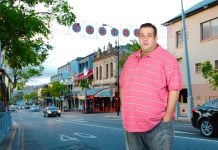