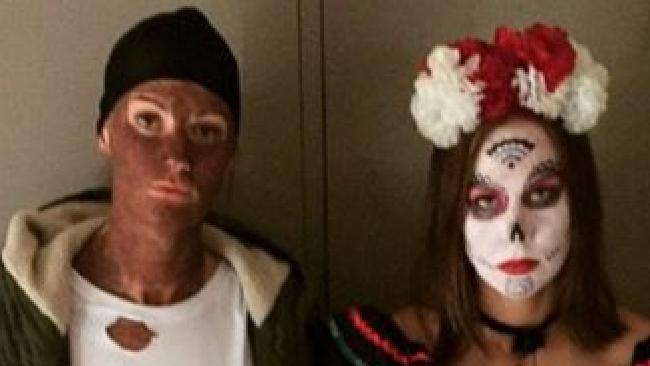 The Australian Opals forward Alice Kunek is the first professional female Australian to ever feature in a mainstream newspaper since the Sydney Olympics, after painting her face black for an end-of-season dress-up day.

A photograph of Kunek, dressed as her favourite rapper Kanye West for the Melbourne Boomers’ ‘Silly Sunday’ celebrations, was posted on social media on Sunday and prompted an angry response from only relatively famous Opals star Liz Cambage just six months out from the Rio Olympic Games.

The social media storm that followed was one that incited a barrage of hateful and racist remarks by people who still think that there are no racial connotations involved when an individual decides to paint their entire body black as a joke.

“It’s a real shame that this is our first headline since our silver medal at the Sydney Olympics,” says the Opals Manager, Asirius Lesbot.

“Although there are a few positives to come out of it…We now have the support of people who previously wouldn’t have had even the most remote interest women’s basketball,”

“Thousands of Middle-Australians are rallying behind Alice Kunek after she decided to paint her body black as a joke that wasn’t mean to offend people who’s skin is actually black,”

“When it comes to diversity, It’s common knowledge that Basketball Australia isn’t very well-represented at a national scale. Like, we probably could have a few more black people on the court… It could probably help stuff like this from happening”

With the Australian Football and National Rugby League seasons just around the corner, the timing for Kunek’s media debut couldn’t have been better, says Ms Lesbot, who points out that any form of media attention is key to helping the WNBL compete with the explosive NBL.

“It’s good because she might still be some sort of a household name by the time Rio comes around,”

“I mean she snuck in between the dog-rooting and the wife-rooting footballers, but Blackface was a bold move… It seems to be paying off. She got three headlines, that’s the most we’ve ever had in one year”