A group of guys who look like they could be in Ocean Alley, or like a little brother version of Tame Impala, aren’t really into all that.

Local heart-throbs Joel, Jay, Ollie and Jordie (all 22) carry themselves like a bunch of young blokes that were raised in a sleepy beach town, but not the Bra Boy types, the Angus Stone types.

However, further inquiries find that they were actually all raised in deep suburbia and only started growing their hair out and surfing when they went to study at a shitty regional uni where it was cool to do so.

Even though these softly spoken creative dark-horses seem to adhere to every single stereotype related to their particular scene, including the band that they have just started, they also make quite an effort to distance themselves from it.

Their band, Domesticated Gazelle, is more a psy-folk rock sound that’s actually pretty unique to their scene – and is nothing like the stuff that comes out of Perth or Sydney’s inner-west.

As the group’s alpha, Ollie, who actually looks like he’d have a very weird shaped head if he didn’t have long hair, puts it.

“My old band, Sea Laneway, was doing a completely different thing too. We just make sure we don’t try and be like anyone else and just do our own thing” 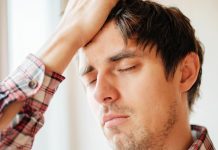