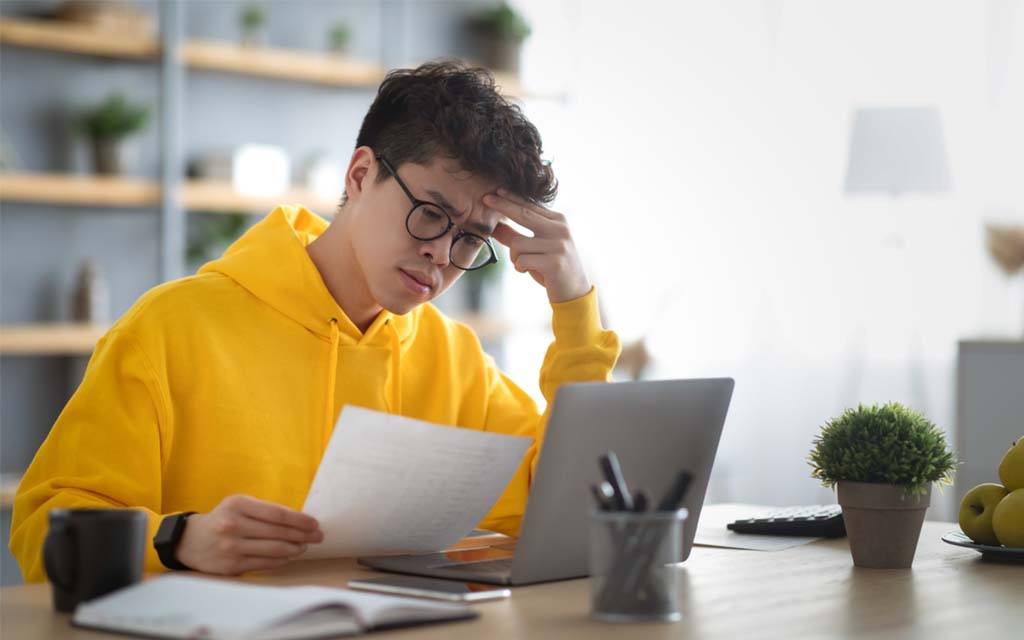 As a 23-year-old computer engineering student living away from home, local bloke Dominic Pritchard is financially just holding it together.

Unlike many of his peers who’ve been able to live with their parents or rely on the trust fund of a dead grandparent to pay their uni fees, The Advocate understands Dom has been attempting to put himself through uni on a combination of Youth Allowance and the cash he pulls from washing dishes at South Betoota’s Commercial Hotel.

However after putting in some extra nightly shifts in the lead up to Christmas, Dom told The Advocate he was starting to feel a little more chipper about the holiday season, and admitted that he even had his eyes on some tickets to a festival over the New Year.

But after arriving home at 11pm, hands wrinkled after another shift chiselling dried gravy from dinner plates, Dom decided he’d pry open his letterbox which he hadn’t checked all month.

Sorting through a junky assortment of pizza menus and magnetic real estate calendars, Dom’s stomach sank when he came across two envelopes that signalled the beginning of his financial ruin.

Ripping open both letters, Dom knew these envelopes wouldn’t be filled with some belated birthday cash from his grandparents, but rather a letter outlining that it was time to pay both his rego and green slip.

“Furrrk, you mother fucker,” Dom swore as he clocked the fat numbers the Department of Transport and Roads were asking him to pay just to keep his clapped out Mitsubishi Magna on the road.

“Grrrrraahhhhhh!,” he screamed as he kicked off his shoes into the kitchen.

Flicking through the creased envelope, Dom’s day was made even worse upon seeing a flyer asking if he was interested in buying some personalised number plates.

“No you pricks, I can barely afford the full year let alone my initials and favourite number in Brisbane Broncos colours, I might have to skim it and just pay for 3 months of rego this time around.”