Betoota farmer, Tony Braithwaite has been staunchly opposed to the rise of renewable energy in his local area, after learning what the fuckhead whose property neighbours his southern end is being paid to host two wind turbines.

Chinese-whispers suggest Tony’s neighbour, Johnson is being paid upwards of $110k, per turbine, per year in rent from a Government agency.

“It’s fucking with my cattle” says the diary farmer whose fence line is roughly twenty kilometres from the nearest horizontal axis power generator.

“It’s fucking ridiculous that just because this bloke has a bit of wind, that we should all suffer.”

“Don’t get me started on all the health risks of having a these things [50 kilometres] from the homestead!”

Tony’s neighbour, Johnson says that he didn’t know too much about renewable energy until some bloke came to his place and said he wanted to look at the top of his hill.

“I don’t know mate, I just happened to have the windiest spot in the district. I didn’t mean to piss anyone off”

“That’s not the money talking, either. I honestly don’t think its a good idea to let the Chinese fuck around with an ancient underground body of water”

However, Tony says Johnson is just being a uppity blueblood chardonnay socialist.

“Mate we’ve lived here for two generations and no one needed any extra wind back then, why do they need it now”

“The money has gone to his head, he’s not thinking straight”

“He’s not even here half the time. Probably lounging around in Noosa or somewhere flash like that” 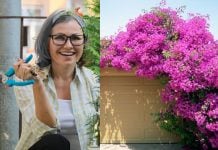