The Betoota races, held over two days in our far-western Queensland town about 33 kilometres north of the South Australian border, are quite literally the only show in town until – until the Brophy boxing tent roles through in October that is.

With a spectacular turn out of roughly 6,000 people – our town has once again reaped the economic influx created by hosting Outback racing meets, with over six operational pop-up bars inside the track boundaries.

However it wasn’t all smiles and ribbons for everyone over the weekend, with the event being soured by the town mayor Councillor Keith Carton – who was photographed ‘shelving’ up to two and half grams of pure bikie speed into the rectal cavity of his own prize racehorse ‘Wake In Fright’.

The horse, which doesn’t seem to get much exercise outside of the annual event, has been winning a suspicious amount of races throughout Western Queensland over the last few months. Carton was arrested shortly after for animal abuse and race fixing.

The photo was captured by his stepdaughter’s friend, Kayleigh (17), who was attempting to take a selfie at the time, completely unaware of the shocking case of animal abuse that she had documented.

Councillor Carton was released from the South Betoota watchhouse this morning and has refused to comment on much. However he was heard telling racing officials that ‘every prick is fuckin’ doing it’ and that it was so typical of the bureacratic QLD Racing board to make an example out of him purely because he is an elected official.

However, as we have learnt time and time again, Keith ‘Teflon’ Carton has a way of getting out of sticky situations. This was clarified early last year during his ‘controlled fires’ program in the town’s south.

The revelations about Councillor Keith Carton aren’t the first example of race fixing in the Diamantina Shire, with the late publican Sigmund ‘Ziggy’ Remienko confessing on his death bed that the Betoota Hotel had been paid off as a result of him poisoning rival horses in the 70s.

“A man’s gotta make a crust somehow. He made more money as a fuckin’ roo-shooter”

“Nothing’s gonna stick to Keith. He’s the reason you [nearby police officers and Betoota Advocate editors] even have a fuckin job!” 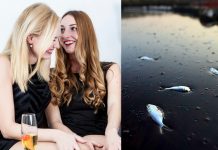