Embattled Hillsong founder Brian Houston has made international headlines this week, as the US media discovers how weird Australia’s coolest religion really is.

Houston, who is listed as Prime Minister Morrison’s closest confidantes and mentors, was first at the centre of public scrutiny when it became public that he had taunted his father’s child sex abuse victims with accusations of them ‘tempting’ the senior Houston, before paying them off.

Brian Houston’s dad Frank Houston has since been removed from all history books as a Hillsong co-founder, ever since, you know, the pedophilia.

However, as the older Hillsong ministers start to die off, the church is no longer associated with that weird mob of evangelicals that moved to Sydney’s Hills District from New Zealand in the early 1980s – and is now more associated with the cool Southern rockers who have taken the brand to a new level in the United States.

However, this American rebrand has not seen the end of scandals within the ranks of the now multi-billion dollar tax-free Christian megachurch.

As Australia’s biggest export of money-printing Pentecostalism continues to face a vary of investigations that have been steadily adding up ever since Houston was dragged in front of the Government’s Royal Commission Into Child Sex Abuse In The Church, the rock-star behaviour of their larger than life celebrity pastors is also coming into question.

In November last year, the rising star of American Hillsong pastors, Carl Lentz was fired from the church for his public infidelities. The celebrity preacher, who famously baptized Justin Bieber in a bathtub at the home of Knicks player Tyson Chandler in 2015, was reportedly been let go from the ministry by Brian Houston over alleged “breaches of trust” and “moral failures”.

With a litany of affairs and inter-Church rivalries, Hillsong has become a less exciting Christian equivalent to the WWE entertainment franchise – a fitting comparison considering both organisations have built followings by preaching a fictional universe of made-up characters.

Founder Brian Houston has been likened to WWE owner Vince McMahon, albeit slightly more boring and much less inclined to hire homosexuals.

It is not yet known which up and coming pastor will play the role of McMahon’s arch nemesis, the Texan Rattlesnake “Stone Cold” Steve Austin.

However judging by the celebrity exodus that followed the wildly unpopular sacking of Carl Lentz – it seems that Houston and his family all might soon receive a metaphorical ‘stone cold stunner’ from their outgoing prodigy, as he embarks on starting up his own ministry. 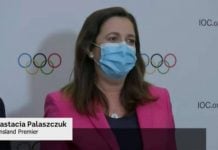 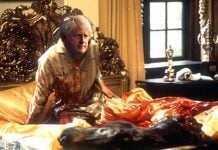 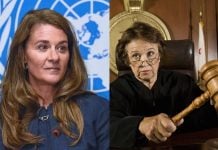 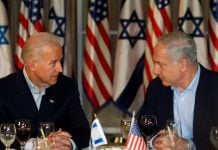