A Melbournian who did his bit to boo an Australian of the Year and two time Brownlow Medalist into retirement, has lashed out ‘disrespectful’ English fans today.

This comes after pockets of the English crowd at Lords Cricket Ground booed Steve Smith as he returned to bat following being floored by a bouncer and retiring hurt a short time earlier.

Adam Watson, a 32-year-old engineer from the Melbourne suburb of Collingwood, said he couldn’t believe the behaviour of the English fans who booed the Australian batsman last night.

The man who claims to have booed Adam Goodes because he was a ‘free-kick milking flog’ told The Advocate that the Poms fans efforts to boo an opposition player who was banned from the game for 12 months for cheating in the greatest scandal the game has seen for a long time was nothing short of sickening.

“Mate, it makes me sick to see how Smudge was treated last night,” said the Melbournian whose spent three weeks commenting on any Ben Simmons article he sees in his news feed and has posted multiple statuses calling Nick Kyrgios a flog.

“I just don’t know how they could do it. Smudge is obviously emotional, has a had a really tough last 18 months, where is the decency at the so-called home of cricket.”

“Honestly, that’ll do me. Just disgraceful.” 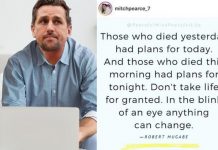 Mitch Pearce Finally Gets Around To Googling Mugabe 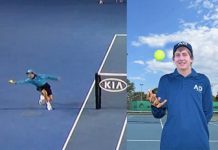