Just like the glorious AUKUS photoshoot last year, Scott Morrison has once again caused himself more pain than necessary by throwing random European men under the bus to distract from his lacklustre pandemic management.

This comes after the rapid antigen test shortage reached fever pitch in the Australian news cycle last week, forcing Scott Morrison to gather his marketing team together to focus-group a distraction that would dominate headlines.

At this point, the Scotty From Marketing was informed by a political staffer that a lot of Australians have a tall poppy complex with Novak Djokovic.

The moment the world tennis number one ran into some visa hurdles upon arrival in Melbourne, the Prime Minister took to Twitter immediately and told the world that RULES ARE RULES – and that Djokovic would be getting sent home.

This theatrical political play has since been appealed and overturned in court, and Djokovic will play in the Australian Open – because his visa issues weren’t as big of a deal as Morrison made them out to be – in an effort to shift the spotlight away from his shilling for Gerry Harvey and other major RAT hoarders.

The judge said Djokovic wasn’t given sufficient opportunity to respond at the border, because Australian immigration policy is being dictated by whatever the Australian Prime Minister is tweeting to distract from some other distraction that has blown up in his face.

To distract from the fact Djokovic can indeed stay in Australia, the government has started banging on about war again.

Australia will spend $3.6 billion on the purchase of 120 tanks and other armoured vehicles from the United States, it was announced yesterday.

According to the Liberal Party newsletter, The Australian, a $3.6 billion purchase will include a batch of 75 upgraded M1A2 Abrams tanks, which will replace 59 M1A1 tanks purchased in 2007.

With the Morrison’s dead-cat strategy now resulting in a new distraction every 24 hours, Australians are now preparing for a ‘Khaki Election’ – where the Prime Minister convinces us we are going to war and that only he can lead us to victory. 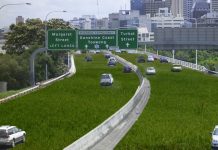 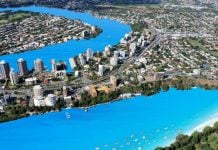