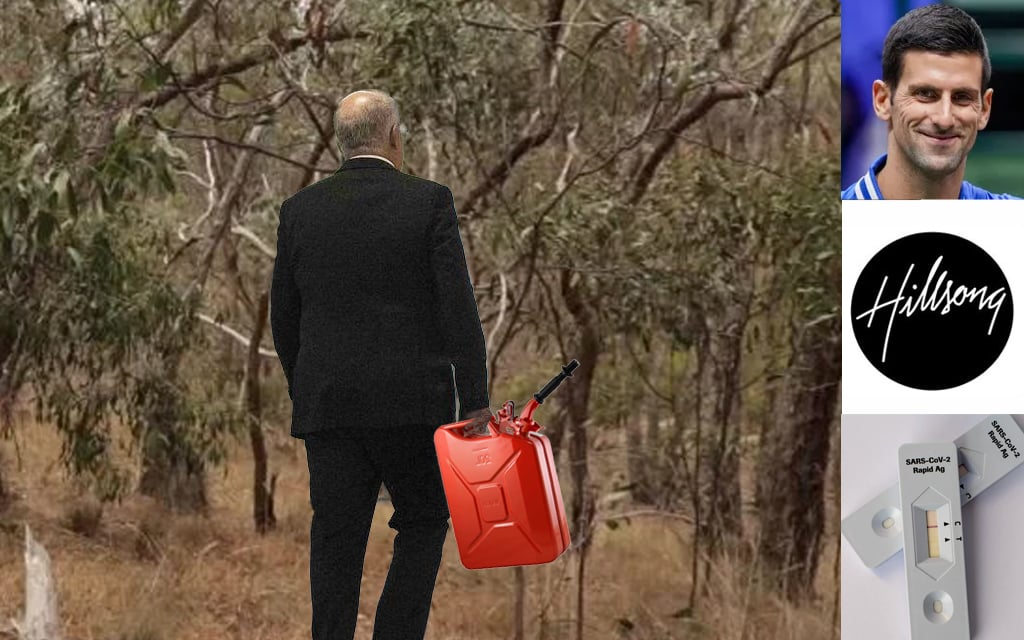 With the the media flushed with embarrassing stories around Novak Djokovic, the Hillsong Church, RAT shortages and drastic fruit and vegetable supply issues in Australian supermarkets – the Prime Minister has today made moves to manipulate a more flattering news cycle.

This comes as the Federal Government scrambles to find ways to cancel world number one Novak Djokovic’s visa and deport him, after a judge ruled that he had done all that was required of him prior to arriving in Melbourne for the Australian Open.

The Prime Minister was quick to join the media pile-on of Djokovic, in an effort to kick the can down the road and avoid talking about the fact that supermarkets around the country are literally running out of fresh produce.

The theatrical cancellation of Djokovic’s visa was, by Scotty From Marketing’s standards, actually quite an incredible distraction from the fact that it is impossible to find these Rapid Antigen Tests that our government insists on not providing for free.

On top of this, it has today been revealed that Scott Morrison’s beloved Hillsong Church is the only institution in the country that has received exemptions to play music and dance – because their political connections and donations actually prevent the virus from spreading amongst Pentecostal Christians, unlike those dirty pubs and concert halls that are trying to play the type of music that God doesn’t look fondly upon.

With the screws starting to tighten on Scotty From Marketing, he’s had to think long and hard about creating a news cycle that distracts from all of his other distractions that have ended up becoming branding nightmares.

Things have gotten so bad that the PM is actually starting to long for a time when the only criticisms being levelled against him by the Australian people were related to his decision to flee the country for a Hawaiian holiday during record-breaking bushfires.

So today, he’s decided to take us back there. To an era of Australian history where the city skylines were covered in smoke and rural Australians were coming to terms with the fact that their very existence was nothing but an inconvenience to the political class.

He’s taken an unmarked government vehicle to the dryest patch of bush he can find in the Blue Mountains. He’s got the jerry can and the matches.

It’s time for a rolling week long press conference about the resilience of Australians when times get tough. It’s time to announce a couple billion dollars for more new fire trucks.