The nation’s Nightwatchman has today officially ruled out taking Julian Assange in from the London cold.

While commentators expected this would be the case, Scott Morrison did confirm the fact that Australia wouldn’t offer any assistance to the Wikileaks founder who is set to be turfed out of the Ecuadorian Embassy today and arrested.

Assange’s expulsion from the Embassy comes after he bit two or three of the fingers off the hand that feeds him, with Wikileaks leaking documents about the Ecuadorian President alleging corruption.

With some from the Far North hoping one of their prodigal sons might be able to return home, the nation’s Prime Minister has completely ruled out any homecoming after revealing that the boy from Townsville was behind the initial allegations surrounding the infamous 1997 Post Super League Grand Final Engadine Maccas Incident.

“I’m absolutely not talking about anything from unless you wanna talk about Pamela Anderson, so let me make that absolutely clear,” an irate Nightwatchman said from Canberra this morning about the allegations he lost control of his bowels at the Engadine Maccas in 1997.

“But Assange and Wikileaks started the vicious rumours, which are nothing more than toilet talk,”

“Anyway, look, I’m a fair dinkum honest bloke, I think everyone knows that, I love a dogs eye for breakfast and a cold one straight after lunch on a Friday okay, but Assange is not coming back home after he tried to sling shit at me.”

Morrison then shook his head realising what he’d done again.

“Look it’s not happening, sorry Julian,” he said before walking off. 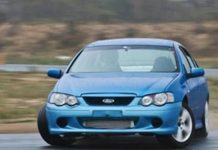