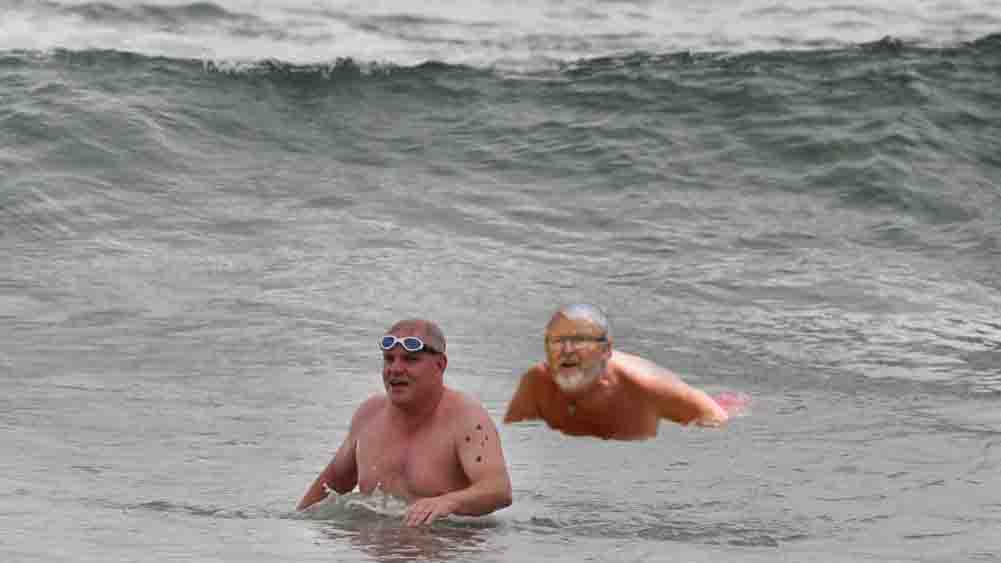 NOT SO FAST BIG BOY! Grandpa Kev has been hailed a hero again today after successfully pulling a bedraggled Prime Minister from the very same beach that the honourable Harold Holt disappeared from in 1967.

This isn’t the first time the first time the retired Brisbane politician has had to save the PM’s neck in the last few months, after tailing the nation’s embattled leader in an effort to help mentor him in his duties as the person supposedly in charge of getting our country out of this nightmare of never-ending lockdowns

In late June, Mr Rudd reluctantly agreed to offer his help as a private citizen, and did in fact pick up the phone to the American-based executives who had grown of dealing with ‘junior bureaucrats” from Scott Morrison’s office.

Yesterday, one million new doses arrived in the country as a result of Rudd’s efforts to help accelerate the jab roll-out

The PM has since insisted Kevin Rudd played NO PART in the contractual negotiations that secured the new supplies, and took great pleasure in smugly contradicting a claim no one had made.

Today, it wasn’t just the Australian economy that he had to save, but the life of our flakey PM

After learning from the gardeners at Kirribilli that Scotty ‘had flown down to Portsea for some reason’ – Grandpa Kev immediately realised what was going on.

The nation’s fill-in father figure immediately chartered his own flight to the Mornington Peninsula, arriving just in time to stop Scotty from taking part in the Liberal Prime Minister tradition of escaping a crisis by disappearing at Cheviot Beach, just like Harold Holt did in the middle of the Vietnam War.

A coughing and spluttering Scotty From Marketing was found on the sand and told reporters that he was a competent swimmer despite the fact he had just received CPR from a clearly agitated Grandpa Kev.

The PM then trailed off into a litany of denials when pressed further on why he decided to try and get lost at sea.

“I dunno. It just seemed like the right thing to do. A solution, maybe, to the problems we have encountered. That I am not responsible for”