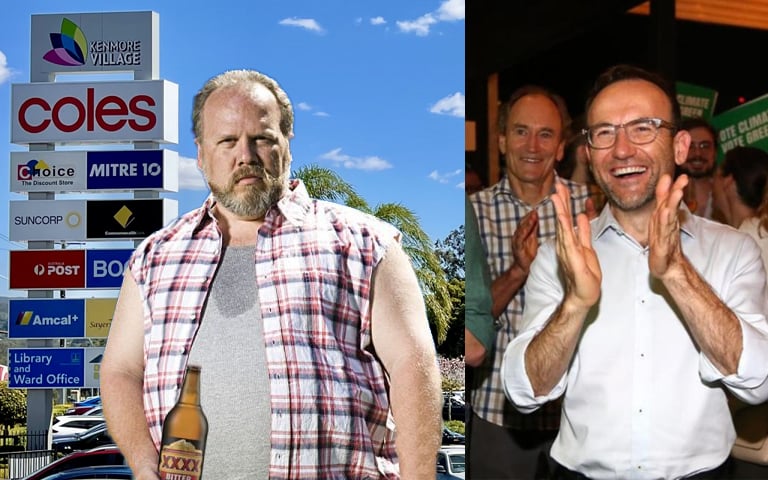 A local man has revealed his disappointment at the state of the nation today.

Speaking to The Advocate in the wake of the 2022 federal election, Darren Munster explained that he can’t believe how backward some of his fellow Australians are.

“Look don’t get me wrong, it’s good to see a change of government from my perspective, but it’s a bit of a shame to see how entrenched in the past some of these Southerners are,” said Munster.

“I mean, Victoria and New South Wales voted in a single Greens candidate between them…”

“It’s just sad to see how dumb and backward those southern hillbillys are,” said the citizen of a state that is on the cusp of voting in 3 Green members to our national parliament.

His comments come as Brisbane deals with a Greenslide, with 3 seats moving to the minor party in a major first.

Watson-Brown now looks like to be joined by Stephen Bates and Max Chandler-Mather in the inner-city seats of Brisbane and Griffith.

Those victories look would triple the number of seats in the House of Representaives, with the Brisbane trio joining Melbourne’s Adam Bandt in parliament.

Those wins look to be confirmation from Queensland that the state isn’t a fan of inaction on climate change which has seen their greatest asset desecrated, natural disasters plague their communities, and regional areas struggling to future proof their economies and livelihoods.

The huge change in voter behaviour comes roughly three years after the southern states spent moaning about how dumb Queensland was for its voting results in the last election.

However, Munster has hit back at the southern cowards, telling NSW and Victoria to have a good hard look at themselves.

“Maybe we need to look at education in the states or something?”

“Oh, and don’t try and carry on about the independents they are voting in.”

“Ever heard of a bloke called Bob Katter?”