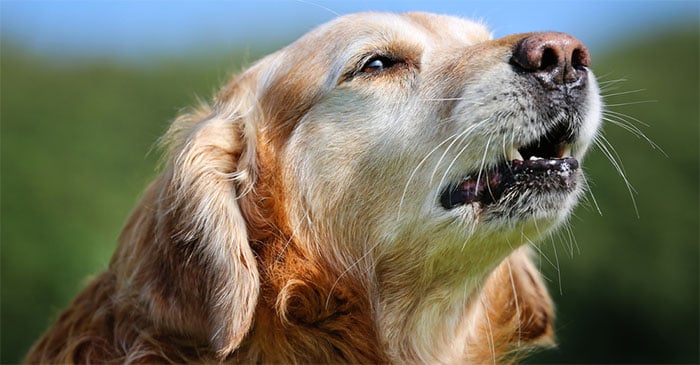 A popular Betoota Ponds golden retriever has reportedly stopped a local thunderstorm this afternoon by barking at it.

With each boom and crash of the passing tempest, Brett, the 11-year-old canine in question responded with an equally as loud bark.

A short time later, the clouds began to disperse over town and the surrounding area was spared the damaging winds of destructive flooding often associated with a good bush storm.

“But this is the first time he’s been able to stop one in its tracks. I’ve seldom seen him keep it up for so long. Most of the time when the rain starts, he runs inside,”

“But this time, he was determined to stop the storm.”

Speaking candidly to The Advocate about his experience, Brett was humble in victory, choosing only to lick our reporter’s shoes before retiring to the backyard to eat his own faeces.