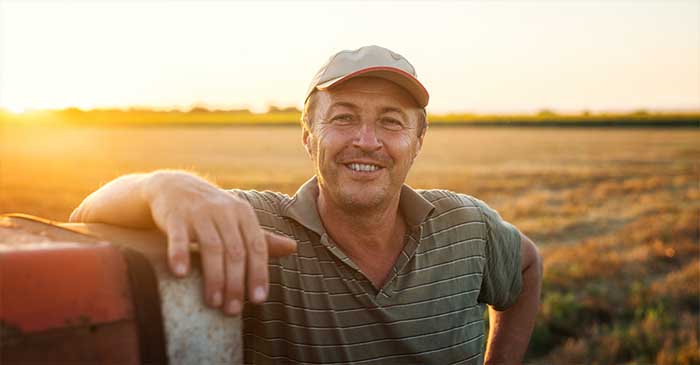 A south-west Betoota farmer thought the biggest hurdle he’d have to jump over this year was tossing up between using his new disc seeder to put his wheat in or drag the chisel plough over it then direct drill it like he’s always done.

“It was a matter of how much residual moisture there was in the soil,” said local farmer Michael Cleary, 61.

“But I had a brand-new disc seeder just sitting in the shed but the ground was a bit too hard for my liking when I was ready to sow, but then we got 110 points one afternoon so I thought, ‘Fuck it,’ and I used the disc seeder to put my wheat in with a bit of mono-ammonium phosphate to kick it in the guts,”

“It was a gamble, I wasn’t 100% on the seed bed you get from those soft-country disc seeders and whatnot but we’ll see how it goes. Now all I need is a bit of rain.” he said.

Taking our reporter on a tour around his vast quarter-million-acre spread on the edge of the Simpson Desert, just a short drive to the village community of Haddon Corner, Mr Cleary explained that most of the country he sows crop in is amongst some of the most fertile in the wider Diamantina area.

However, he explained that it’s not enough and that he often retires to the cab of his John Deere S670 after dinner and takes time praying to each major God and asks for a gentle deluge.

“The wheat paddock is a bit poor at the moment and I’ve pretty much sowed into the side of a sand hill, but I’ve estimated the crop would go close to six tonnes a hectare if we get a bit of rain on it now,” he said.

“I’ve had a big punt this winter and I hope there’s something to strip come summer time. I’ve got two million dollars worth of green machinery in the shed that the bank owns, which means I’m broke. The trip to Noosa might be off this summer.”