The leader of a vast secret network of homosexual terrorists hellbent on corrupting Australian family values to their very core has today ordered his foot soldiers to turn their attention to their next target, after successfully destroying the institution of marriage.

After years of divisive tactics by left-wing extremists and communists, a $122 million voluntary postal survey that delivered an overwhelming yes, and an unchanged private member’s bill in the Australian lower house – the gay nazis succeeded in their decade long quest to pervert Australian culture.

Nancy says the next few months are pivotal for his organisation, that’s if they want to successfully ruin Australia as they had initially planned when they first floated the idea of allowing two consenting citizens of the same-sex to marry each other.

“My gay brothers and sisters, lend me your sinful ears” he roared into a USB microphone, which was then relayed to the 2% of Australia’s population that identify as LGBTI through a pirate radio podcast.

“I can almost taste the victory. Marriage is ruined. Soon we will have Andrew Bolts head”

“It all starts with safer schools!”

“Every schoolboy will be wearing dresses by Christmas!”

It is believed that the only member of the Turnbull Government who is aware of this imminent attack is Former Prime Minister Tony Abbott, but no one is listening to him. 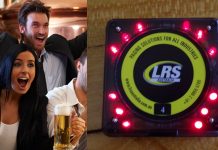