Scott Morrison has responded to the deadly bushfires ravaging three states by declaring their destructive combustion of drought-scorched earth is subjecting Australian children to “needless anxiety”.

Morrison told reporters he acknowledged “how deeply people feel about this issue” but said the public debate was replete with disinformation about Australia’s climate change policies.

“I do understand that people feel strongly about this, but I think we also have to take stock, we have to ensure we get a proper context and perspective,” Morrison said. – in the process neglecting to mention that his predecessor Tony Abbott had tried to wind back the renewable energy target, which triggered an investment strike.

“I want children growing up in Australia to feel positive about their future, and I think it is important we give them that confidence that they will not only have a wonderful country and pristine environment to live in, albeit a little bit toasty, that they will also have an economy to live in as well.

“I don’t want our children to have anxieties about these issues.”

Asked whether Australian children would be less anxious about the worst-case scenarios associated with climate change if Australia’s greenhouse gas emissions were falling instead of rising, and if the Morrison government would make a clear commitment to reaching net zero emissions by 2050, the prime minister said kids needed to be given “context and perspective” by authorities, like the rock-spider apologist pastors at the Hillsong Church who are of the opinion that if we pray hard enough to their deodorised post-grunge rock music, we might all get to go to heaven when the rapture is complete.

“They should be at school, not protesting against climate change by staying home during bushfires” 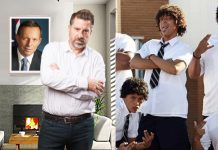 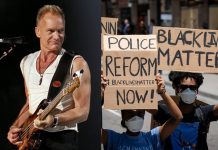 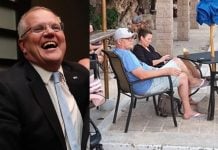