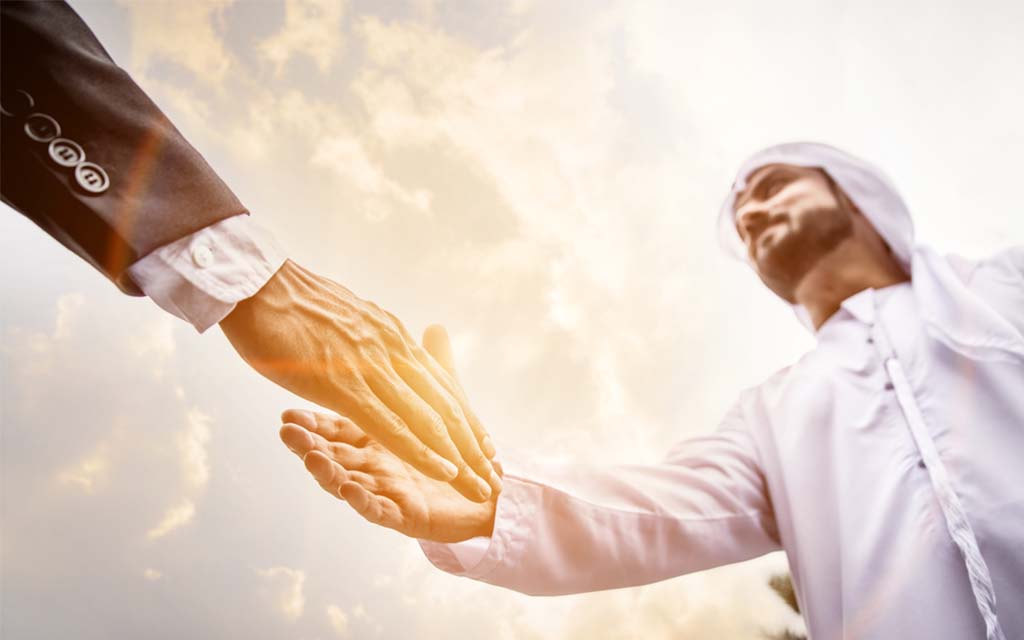 The world’s Arabic people and people of Arabic descent are celebrating this week, as they prepare to hand the Hollywood Movie Bad Guy Stereotype back to good ol’ evil Russians.

Although movies have bigger budgets and a greater pool of creative people than ever before, most Hollywood movies are scared shitless by the idea of taking a single creative risk which is why movie villains are nearly always cut from the same tired cloth of life.

Following WW2, Germans were the primary villains in films, with Russians taking the mantle during the Cold War. Although Serbians did have a brief period as villains in the ‘90s, 9/11 and George Bush’s war on terror saw Middle Eastern people become the go-to Hollywood villains.

For Middle Eastern people, this has meant their on-screen representation in the past 20 years has often involved getting shot by American Sniper, blown up by Iron Man or receiving a greenstick fracture from Liam Neeson.

That is until Vladimir Putin decided to invade Ukraine in order to reclaim the title as Hollywood’s undisputed villain archetype.

While the Arabic & Middle Eastern community are rejoicing at the handing back of the title, many Russians are unhappy that they will once again have to suffer through fat American actors doing Russian accents while drinking vodka, eating caviar and doing other evil things like stealing oil or trafficking humans.

“A few years ago we got a Russian in the Avengers my friends,” stated Russian-Australian Anja Popov.

“We were sort of the baddies in The Queen’s Gambit but at least they were correct about how good we are at chess. That was fine. But once again, we will be the nuclear missile holding, sex worker abusing prison tattoo recipients we were in Hollywood for the whole cold war.”