The bits of paper that inner-city lefties use to clean their windows has announced today that the government either has to get on board with a green energy future or end up in opposition after the next election.

News Corp, a company that terrifies people and reaffirms their own (often false) opinions, has splashed a green future for Australia on the front covers of their most beloved newspapers today in an act of defiance against the incumbent government who is still playing tummy sticks with coal miners.

Speaking to The Advocate via the red telephone that links our newsroom with that of The Betoota Bugle, which is our town’s other broadsheet and entirely owned by News Corp, the editor of The Bugle said the orders had come from the top.

“Lachie [Murdoch] told us all in a conference call that if Scott[y] wasn’t going to announce a clean energy future for the government, he would,” said the Bugle’s editor, Roden Paul Clarke AC.

“He’s not in the business of backing losers and at the moment, Scott is looking like a loser. What really tipped Lachie and Rupert by proxy, was that you’ve got a bed-headed sex machine in Boris Johnson agreeing to carbon neutrality when he’s in charge of a plague-swept island in the North Sea,”

“Which would be hard for him. There’s fuck all sun and yeah, it’s windy but windmills are pretty ugly if you’re a toad-throated cash pest like Joe Hockey. If Boris can do it, then we can surely do it here in the land of Mel O’Noma,”

“So instead of waiting for the cop’s boy who hates getting pissed to make an announcement, we’re doing it for him.” 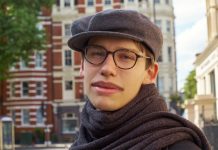 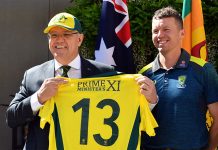 PM: “Anyway, Now This Net Zero Wankfest Is Over, Let’s Cheer On Our Cricketers And Enjoy Summer”