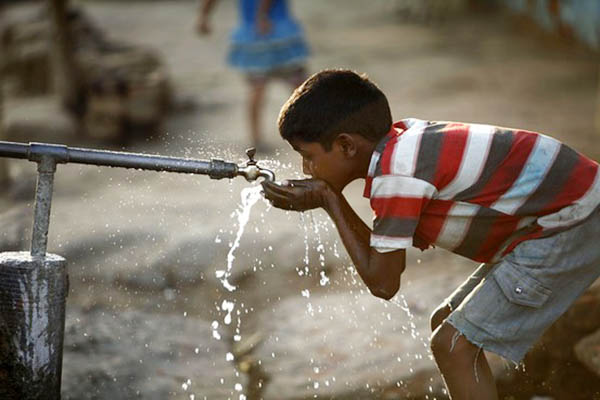 After amazing success in the UK, North America and Canada, the most effective new weight loss craze is finally making its way to Australia!

Everyone seems to be talking about Dharavi Tap Water Program! (also known as Spitty Bum Fat Burner)  – It is said to be a “Dual Action Fat Buster” that suppresses appetite and prevents fat from forming. It’s as simple as drinking half a litre of water a day!

But not just any water! The secret water sourced from a communal tap deep within the Mumbai slums of Dharavi!

The Dharavi slum was founded in 1882 during the British colonial era. It is currently a multi-religious, multi-ethnic, diverse settlement of just under 1 million people.

Famous for many things including a complete lack of workers rights, the last existing plastic smelting plant in metropolitan India and very few luxuries – The Dharavi tap water has been helping tourists lose weight for decades!

But don’t just take it from us! Listen to these testimonials:

“I was actually lucky enough to come across the Spitty Bum Fat Burner when I was actually in India! Once you get past the cold sweats and alarming body temperature – the extra weight just falls off… Or should I say falls out! lol! – Katie (29), Sale VIC

“You don’t often see fat people in the slums of India. Now I know why!” – Lisa, Gold Coast QLD