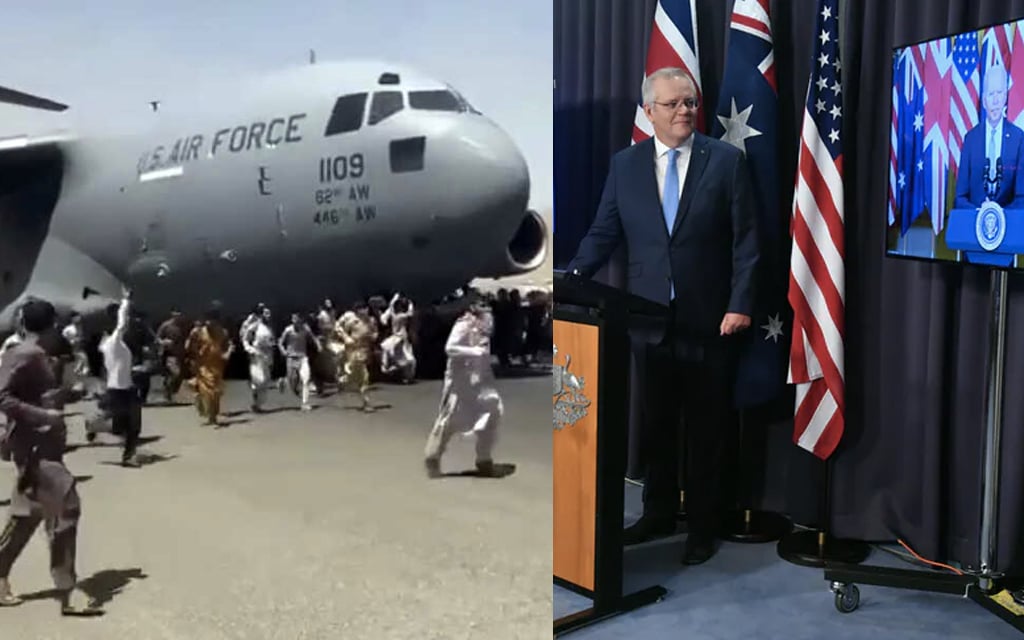 The prime minister, Scotty From Marketing, announced on Thursday morning that Australia would be paying $500 million dollars to rip up its multi-billion dollar submarine contract with the French – so that he can sign a new deal with the US and UK.

For Scotty, It’s a political play that kills two birds with one stone: 1, skipping renewable energy options by going straight from fossil fuels to nuclear power – and 2, aggravating China like America asked him to.

The the new plan means Australia will become only the second country after the UK to receive the technology from the US. A momentous honour that excites Scotty From Marketing much more than it does President Joe Biden, who flat out could not remember his name during the video press conference, and referred to him as ‘that fella Down Under’ and ‘pal’.

Yesterday, The Betoota Advocate reported that China was reportedly panicking after learning that Australia will have 8 new submarines in roughly 25 years time.

The new partnership is designed to counter threats in the Indo-Pacific, which is a politician’s way of saying that Australians should be scared of China, without saying it, because our country would get absolutely smoked if the Morrison government’s pitiful attempts at managing hostile diplomatic relations with our biggest trading partner resulted in some sort of a military conflict.

However the idea that our country of 25 million people, with a military of 43,000 personnel wouldn’t stand a chance in a war against 1.4 billion Chinese, looks to be a myth that Scotty From Marketing is keen to bust.

It has taken the Australian Liberal Party less than three weeks since the devastating withdrawal from Afghanistan, before joining the Americans in yet another dick-measuring war that they will likely lose.

Much like the Vietnam, Afghanistan and Iraq wars – not much can come from poking the sleeping giant that is the 2.5 million strong people’s Liberation Army – other than a few cool photo opps that serve as Scotty’s last resort to getting through the next election.

However, this time it was be our country that plays host to America’s battleground against whichever country or ideology is threatening their ego, who as much as Scotty tries to deny it – is next door to a lot of Asian countries who behave a lot better than he does.