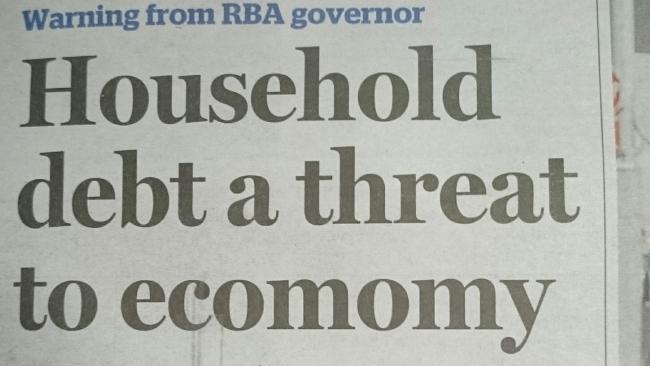 A skin-crawlingly error on the front page of the the Sydney Morning Herald this morning has resulted in a near-certain death strike to the struggling Fairfax media, as hundreds of journalists from the paper and its Melbourne counterpart, The Age, stage a week-long strike in response to deep job cuts.

The front page story for the Herald, colloquially known as ‘SMH’, was a story about household debt which showed just how tough things are in the Pyrmont newsroom.

The headline misspelt the word “economy”, instead writing “Household debt a threat to ecomomy”.

This has resulted in calls by Sydney’s remaining residents who aren’t rich enough to not care about what’s happening in the world, to have the newspaper renamed.

“The Herald has been making me say SMH” for years, said one train driver, who has been forced to move to Newcastle due to a hysterical property market caused by Fairfax’s last bastion of profit, Domain.com.au

“But after today’s headline, it’s made me say SMDH”

“Sydney Morning Degenerate Herald. It’s just not looking to improve itself. How the fuck is GQ still around and the Herald is thinner than the an MX”

One content writer, who also writes for other weird online magazines within the Fairfax umbrella, says modern audiences have for many years actually thought SMH stood for ‘shaking my head’, and that SMDH will only result in people saying ‘Shaking my damn head’ – like people do on the internet.