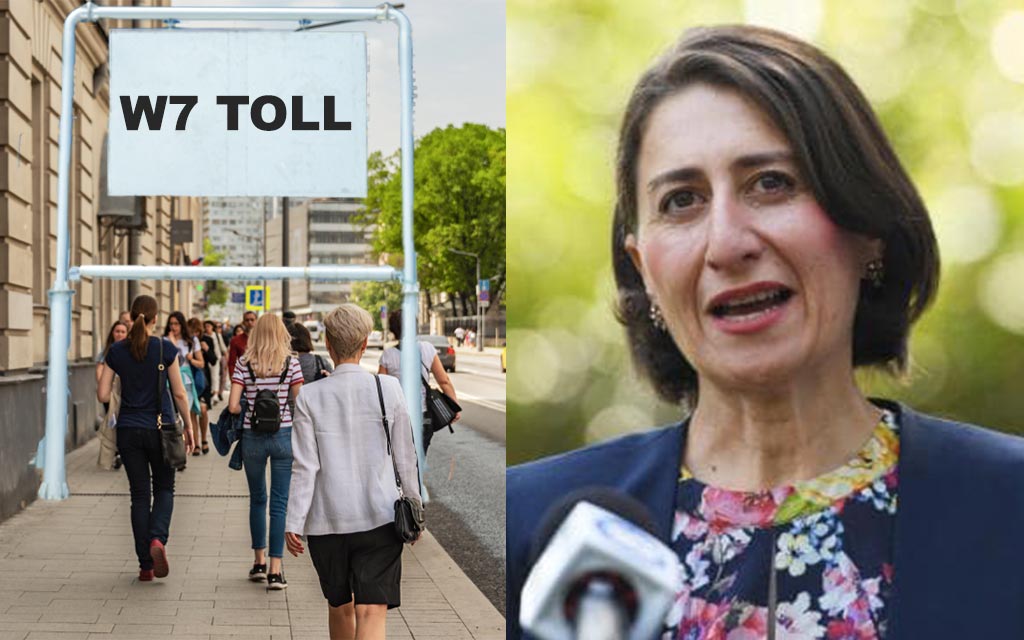 In news from Sydney, an exciting new tollway for residents of the Harbour city has been announced today.

Unhappy with the numerous tolls scattered throughout Sydney, now commonly regarded as the worst city in the country, the state’s Premier Gladys Berejiklian has confirmed that new ‘Footpath Tolls’ will grace the various walkways around the region.

In the exciting announcement, Berejiklian explained that up to 3000 current footpaths will become tollways over the next 12 months.

“We’ve decided to roll out the new tolls in order to help generate revenue for schools, hospitals and infrastructure,” she said.

“Before we gradually privatise them all in a couple of years time.”

The premier then explained that the tolls will be rolled out mostly around footpaths leading to Western and Southern Train line stations, so those that have to commute into the city are hit hardest.

“There will be only be a small number of tollways in the city, the Eastern Suburbs and Lower North shore,” Berejiklian explained.

“And with the state of the art technology, we’ll be able to bill anyone that walks within 100 metres of the tollway, so we should catch most in the net.”

“If you don’t have a beeper, then we will give you 2 hours to go online and pay the bill, otherwise it will have a $100 fee added to it every day.”

“We are looking at implementing a new paid parking scheme for park and street benches too, so stay tuned.”