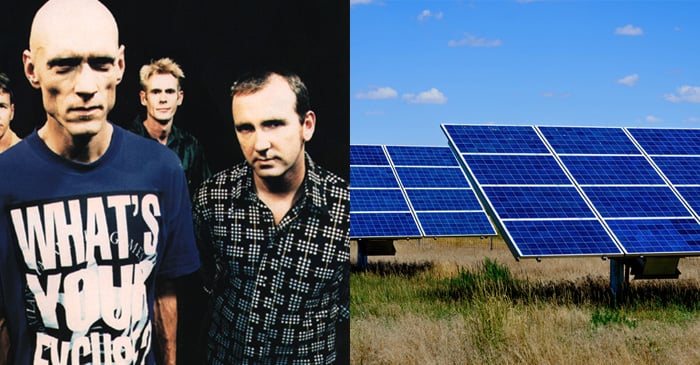 Bowing to both internal and public pressure to stay true to their core ethos, pub rockers Midnight Oil today announced that they’re changing their name to Midnight Solar Panel to appease and reaffirm their commitment to the environment.

“It’s 2018 and it seems the message of environmental protection and geopolitics in popular culture has fallen by the wayside,” said lead singer Peter Garrett, now a 63-year-old retired politician.

“I just wish that when politicians got elected, they would come good on their promises of focusing on helping the environment, because thats often a big part of why they often get elected”

The former Labor MP says it just doesn’t make sense to him that the political classes could be so detached from the actual voters, and that’s why he and his band are taking matters into their own hands.

“Us changing our name is a reflection of how serious we are and how dedicated we are to our original cause. For our upcoming reunion tour, we will be known at Midnight Solar Panels.”

The Advocate reached out to SolarCo, a major sponsor of the worldwide Midnight tour, but have yet to receive a response.