A mainlander visiting Tasmania for the weekend has today received a standing ovation for his brave and nonconformist art installation in Hobart’s main street last night.

With gasps from nearby pedestrians, Baz Straight (37), vomited for roughly 10 minutes, complete with the shameless spitting between each hurl.

While Baz insists he isn’t a performance artist, and his late night regurgitation was just a result of 13 full strength Boags lagers and an ill-advised Winfield Blue, critics say his refusal to acknowledge the importance of his work is only adding another layer to what The Age has described as ‘a breathtaking portrayal of the human condition’.

Baz’s chunder is believed to be all part of DARK MOFO, the trendy Satanic deep-winter festival at the centre Hobart’s most recent arty rebrand. Which takes place on the coldest month of the year, with hundreds of shocking artistic performances gracing the once boring Southern port.

So shocking and edgy is the now iconic art fair, that ‘it was for Dark Mofo’ is now considered an official defence in the the Tasmanian courts.

However, Baz says he doesn’t know why he is being congratulated and applauded for his degenerate late-night behaviour, but it’s pretty mad that the government has decided to grant him $3 million to continue exploring the underlying themes of drunk blokes having a spew.

“It was one of the highlights of our trip down here” said one audience member, Kylie, who was having a kebab five-metres away at the time.

“He definitely wasn’t playing it safe.”

“In my opinion this is the the type of artwork we should be putting in our museums.” 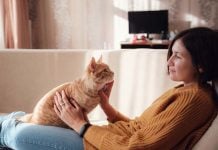 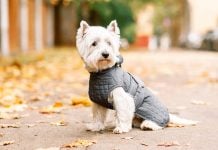