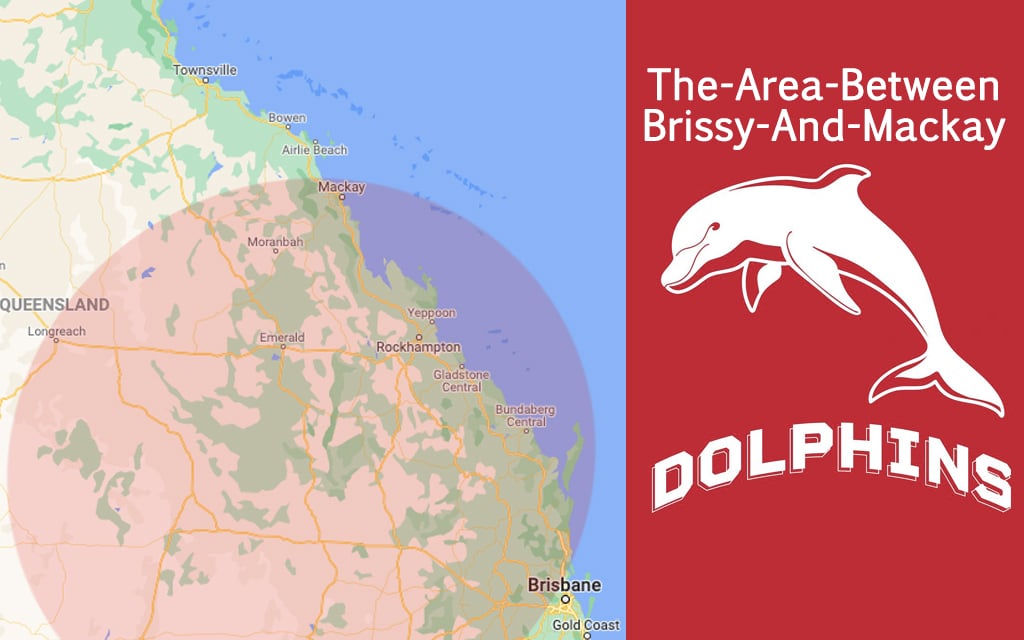 After what looks to have been a immoveable gridlock between heritage and marketing, the NRL has today finally acknowledged the region that the competition’s 17th team will represent in the national competition.

The successful bid for entry into the NRL was put forward by the historic Queensland rugby league franchise ‘The Redcliffe Dolphins’ – who are based out Brisbane’s coastal North-East.

However, when bumping up the Redcliffe Dolphins into the national comp, it became clear that Redcliffe is actually a rather small suburb, and probably wouldn’t cast a wide enough net to compete with the Broncos, despite the fact that the club already has more paying members than the Broncos.

This has resulted in the game rushing to announce the logo of the club, but not the region, and then furiously debating another word that might appeal to more people than ‘Redcliffe’ – which is not a word anyone in New South Wales recognises.

Just like how the words ‘St George’ or ‘Wests’ mean nothing to anyone from Queensland, or Sydney for that matter.

Following the announcement that the Dolphins had won the bid, some heinous suggestions were thrown around as a possible locality that might cast a wider net.

This chaos has been followed by a weird week of everyone pretending it was perfectly fine to introduce an expansion club that represents no specific town or region, opting to not make a decision at all – and simply refer to the club as ‘the Dolphins’.

However, after realising that fans usually get a bit more excited by cheering for their hometown than they do cheering for a cartoon of an aquatic mammal, the game’s powerbrokers have finally decided to allow the new club a ‘catchment area’ for fans.

Today, the game has officially announced a region for the 17th club.

Starting from 2023, the NRL competition will also include The Area-Between-Brissy-And-Mackay Dolphins.

With a catchment that extends as far west as Longreach, the Dolphins will now represent that entire region that are not North enough to be a Cowboy, and not sadistic enough to be a Bronco.

The Betoota Advocate would like to officially state that we believe ‘Moreton Bay Dolphins’ has a nice ring to it.