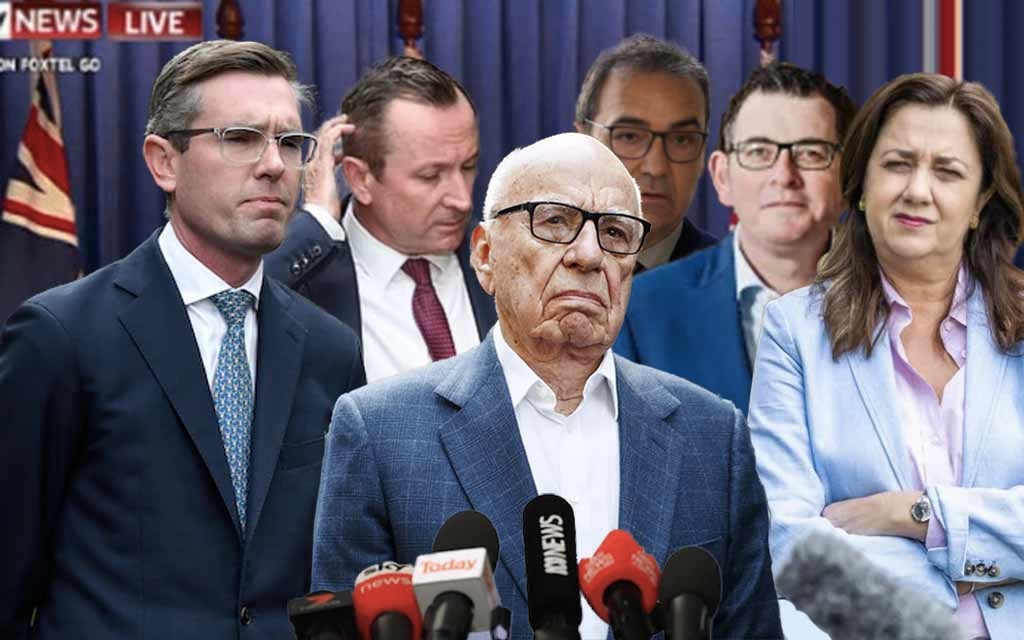 “We really tried with this bloke” muttered the 91-year-old media tycoon.

In a historic first, Australia’s most powerful man has finally addressed his constituents.

The Australian-born American billionaire businessman and founder of NewsCorp, Rupert Murdoch, has today joined our nation’s state leaders from both sides of the political aisle to apologise for the role he has played in the last four years of mind-blowing incompetence.

The Coalition Government is looking like they might lose previously unloseable seats in Northern NSW due to a delayed flood recovery that rivals only the Hawaii holiday and vaccine roll-out as Scotty’s biggest fuck ups.

Petrol prices are also causing voters to see red, as well as the fact that the government doesn’t seem to be too keen on spending our tax-payer dollars on anything other than submarines and car parks in marginal seats.

But it’s not just the voters that are out for blood.

It appears that through sheer incompetence, Prime Minister Scott Morrison has somehow managed to get the blueblooded media boomers offside. It is a remarkable feat that a Prime Minister is able to destroy the Liberal Party brand despite the fact that nearly 80% of the Australian media landscape has been sucking him off ever since he rolled Malcolm Turnbull

Even Australia’s usually hardline conservative NewsCorp papers have decided that Scotty From Marketing is not really a horse they want to load up on.

Last week, The Australian newspaper described his opposition leader Albanese as ‘more of a Howard’ in a front page headline – and today NewsCorp’s capital city mastheads are blasting Scotty and his Treasurer for taxing us out the arse on already unaffordable fuel, of which he is refusing to comment on.

Today, flanked by both the Liberal and Labor premiers from around the country, NewsCorp founder Rupert Murdoch said what all of them have been too scared to say throughout this entire pandemic.

“This man is actually not very good at his job” said Rupert.

“I’d actually go further than that. Scotty Morrison is a woeful Prime Minister, and I apologise for the role I played in getting him another term back in 2019. I honestly had no idea he would be this shit at it”

“I mean, fuck me. Some of these fuck ups… From the bushfire holiday, to the jab roll-out… To this last week in Lismore”

“This bloke could fuck up a cup of Nescafe”

Murdoch sighed, as the NSW Premier Dominic Perrottet sympathetically patted him on the shoulder – before breaking into a hopeless laughter.