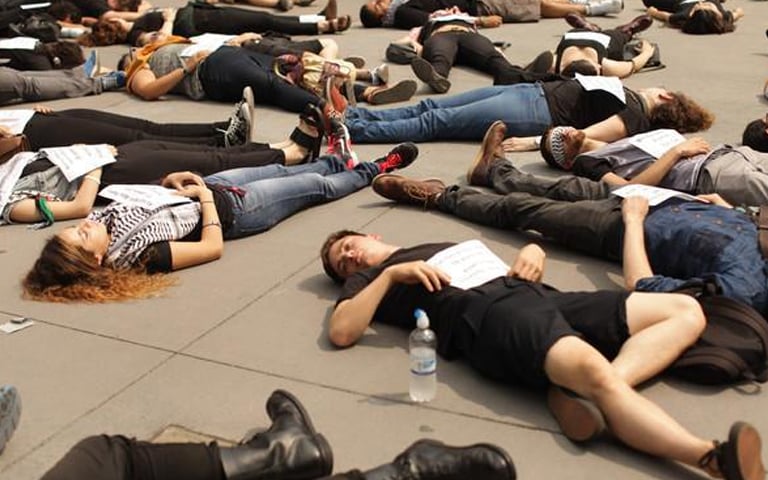 Melbourne’s animal rights activists are starting to slow down this morning, after coming out of the gates hard with a lot of shouting and physical exertion.

The protestors blocked one of city’s busiest intersections, disrupting 11 tram routes during peak hour, making life hard for the other inner-city residents within their echo chamber.

What started as a passionate and peaceful protest against the structurally discrimination faced by livestock at the hands of society that believes in the concept of an animal kingdom, has gradually started to fizzle out – as the animals rights protestors sporadically begin to have naps in the middle of the street.

One protest organiser, Indigo Leaf (Graphic Designer, Brunswick) says she should get see that protestor stamina was going to be a big issues quite early on in the day.

“These people are very white and very well to do, so they aren’t used to dealing with such brutal external pressures, like the April sun and not having a clear address for an UberEats delivery”

Indigo says that she sat down with several other formulated a plan to create shifts for the naps, so to make sure they don’t all go down at once.

“Ok everyone!” she yelled to the crowd.

“The Capricorns, Cancers and Virgos are going off for nap time now!”

“If you are Libra, Taurus or Leo – get your plant-based butts up and take over”