After decades of standing by and watching our greatest ally de-stabilise and destroy a multitude of autonomous nations, Australia has decided to stand up for ‘freedom’ this week.

With our greatest trading partner flexing its muscles and continuing to strong-arm the regions of Taiwan and Hong Kong, the likes of Peter Dutton and Tony Abbott have made a real point of voicing their opinions on the issue.

Dutton took to the media last week to confirm that we would come to the aid of our allies if things escalated to military engagement in Taiwan, something which kinda doesn’t seem like a great idea given we have said and done nothing on the million or so Uyghurs who have been detained in concentration camps in the northwest of China.

It’s also an interesting moral position given we have joined the US in their imperialist conquests in the Middle East and Southeast Asia, while also ignoring the various invasions, regime installations, and economic crippling of strategic interests of the United States.

This sudden streak of humanity comes in the years after the US bombed Cambodia back to the Stone Age directly killing 100,000 people at a conservative estimate, or after it trained and set up rebel forces to install pro-American regimes in places like Nicaragua, Chile, Honduras etc etc causing the deaths of countless people, or after it strangled places like Iraq and Afghanistan to ensure the war industry chugged along and US strategic interests were maintained – or even when we stood by and watched a Western back Indonesia killing hundreds of thousands of people just off the coast in East Timor before we swooped and pillaged their resources.

It’s not known whether the sudden urge to defend the freedom of oppressed people comes as a result of constant Federal government fuck ups ahead of an election, or whether it’s just the usual following of the United States lead.

Speaking to The Advocate about the issue, Prime Minister Scott Morrison said he will continue to antagonise China until he wins the next election.

“Standing up to China is something that I think will make people vote for me,” he said.

“Not by trying to negotiate in good faith and try and hold them accountable to international standards that the US and UK ignore, but by constantly talking shit about them and ruining our reputation with our extremely powerful northern neighbour” 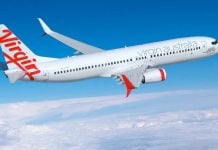 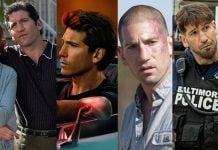 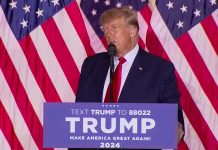