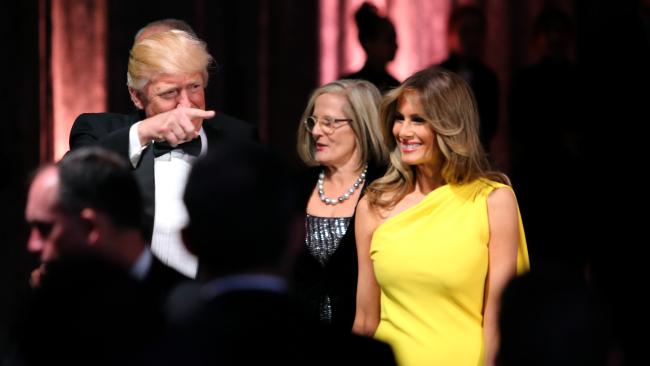 The Former-Lord Mayor of Sydney and high-profile Australian businesswoman has today learnt that her illustrious career and emotional intelligence is not really something that matters when dining with a former-reality TV star who became President.

Mrs Turnbull joined her husband, President Donald Trump and first lady Melania Trump to commemorate the 75th anniversary of the Battle of the Coral Sea during WWII onboard the Intrepid Sea, Air and Space Museum. They were accompanied by other high-profile Australian identities such as actor and Qantas-enthusiast, John Travolta, News Corp Executive Chairman Rupert Murdoch, Greg Norman and Gina Rinehart.

It appears Lucy Turnbull, who directs a private investment company while also chairing an ASX listed biotechnology company, was initially confused as to why she even needed to be at the event – after being directed to the kitchen by Donald Trump – who told her she’d love it in there.

Mrs Turnbull, who was mid-way through a conversation about the French election with Kevin Rudd, hesistantly joined the First-lady in helping choose sandwiches for the men, before she was quizzed on who her favourite Kardashian was.

It is believed that Melania Trump wore an elegant yellow gown by Christian Dior. We love the striking hue and chic asymmetric shape. The draped cape-style fabric over one shoulder is a nice touch too! HOT!