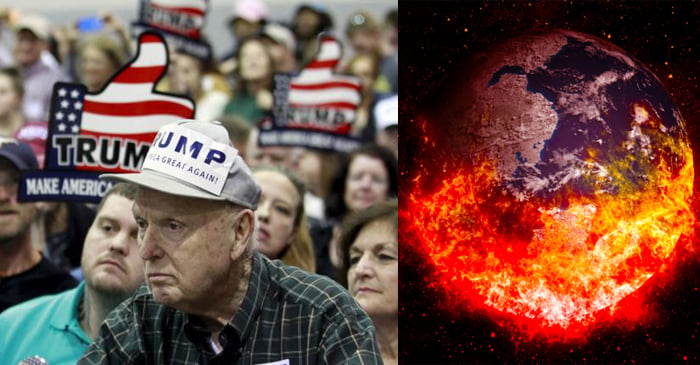 A recent finding by The Borowitz Report shows that the almost unbelievable rise of Presidential nominee Donald Trump is attributed to the fact that most of his growing contingent of supporters feel that they have been ignored by the political system over the last twenty years of Government.

Speaking to The Betoota Advocate today, Trump supporter Hank Braithwaite says Trump wouldn’t have to exist if the Obama, Bush and Clinton government’s had paid proper attention to the silent majority.

That, and the fact that most of them secretly want to watch the world burn.

“Nukes are pretty cool” he said.

“… and hell, if the world is going to end in a firey blaze of unnecessarily large nuclear warheads, I sure as shit want to be there when it does”

With the election just days away and Hillary Clinton failing in her bids to be just as controversially loveable as her 6-times bankrupted political opponent, it appears the end is in sight humankind as we know it.