Coronavirus is continuing its spread across the world, with more than 20 million confirmed cases in 188 countries. More than 700,000 people have lost their lives.

Cases of the disease are continuing to surge in many countries, while others which had apparent success in suppressing initial outbreaks are now seeing infections rise again.

Australians, even those living in Melbourne, are far more likely to catch the horrible virus while living overseas – as rates of community transmission hover much lower than Europe, Asia or the Americas.

It is for this reason that Australians back home find themselves rather confused by their ex-patriated countrymen and women going about their lives overseas like COVID-19 never happened.

As the Northern Hemisphere enters the warm Summer months, Australians living in expat hotspots are posting all over social media as though they aren’t living in countries that are currently so fucked by coronavirus that there is no way to distinguish between a first and second wave.

Her photo, which shows the 33-year-old enjoying knock off drinks in a bustling British beer garden full of people not wearing masks, is only rivalled by the instagram stories posted by her second-cousin Alby, currently living it up on a pumping New York rooftop.

These two wanderlustful locals join hundreds of members of Betoota’s diaspora who are pretending that the planet is not being gripped by a global public health emergency in different countries with varyingly competent health systems right around the world.

“I fucking love HONG KONG!” posts Andy Highcastle, a rather alert Betoota Grove-born stockbroker, oblivious to both the pandemic and civil unrest taking place 50 stories below the nightclub he is currently partying in.

Friends in New Zealand, however, are currently in a Melbourne-style lockdown after less than a full football team were diagnosed with COVID-19 on the North Island. 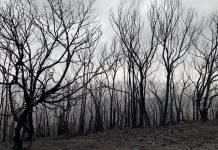 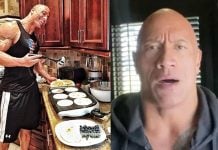