When it comes to representation on screen, one local Lena Dunham-enthusiast by the name of Brontè Brunswick (24) is sick of the excuses.

The film and TV industry, particularly in Hollywood, is far too pale, male and stale.

In fact, if it wasn’t for the archaic ‘Best Actress’ category at the Academy Awards, Brontè is fairly certain there wouldn’t even be any female winners at all.

This comes as the 2020 Oscar nominations were announced earlier this week, revealing an overwhelmingly white and male field of contenders.

The awards ceremony’s unsurprising lack of diversity has faced scathing online criticism from people of colour in the arts, as well as white bartenders like Brontè who is working on a TV concept about millennials living in a half-gentrified suburb in New York City.

“It’s just getting a bit beyond a joke” she says, while hammering through the instagram stories of her arguable whiter social circle of girlfriends.

But it’s not just her, every one of the six other part-time creatives who live in her Betoota Flight Path District share-house agree, except Mark, who works as a car detailer and thought Once Upon A Time In Hollywood was a fucking sick movie.

While Brontè is willing to concede that the on-screen talent in TV is slightly more diverse, if you include Jewish people as not white, which she does, because she’s not confident enough in American race relations to even talk about that – but she says even that’s not good enough.

“I mean, like, that TV show with the gay drug dealer who whistles was pretty ahead of its time” she said.

“Not my thing. But it had an all black cast well before the conversation of diversity on screen was even happening”

Brontè is of course talking about the HBO masterpiece written and directed by former Baltimore police reporter David Simon, The Wire.

With five season and thousands of characters, The Wire is widely-regarded as one the greatest examples American storytelling, and since been canonised by multiple prestigious literary institutions for it’s breathtaking dissection of class and politics in a post-manufacturing Maryland.

But as Brontè points out, sometimes even the most honest and thrilling insights into the American condition can be a bit unaccessible for a wider audience unless, like, you are actually from the hood lol.

“Haha. I had to give up halfway through season one”

“I couldn’t understand [the black people]”

“But, yeah. I totally get what it stands for” 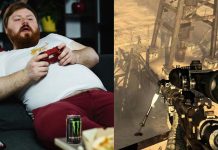