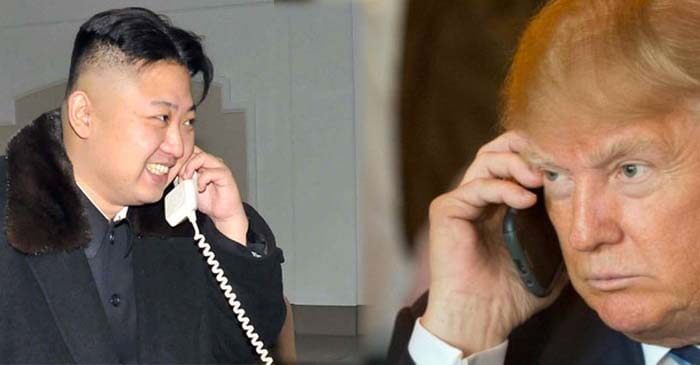 North Korean leader Kim Jong-Un has held high-level talks with US President Donald Trump over the Paris Agreement this afternoon.

The Great Leader wanted to make sure Trump weighed up all his options before opting out of the global climate change plan-of-action.

“It was just a short conversation about the Earth’s climate and what we, as world leaders, can do to make sure we hand it on to the next generation in better condition than when we inherited it from our fathers,” the Pyongyang-native told The Advocate via FaceTime.

“However, Donald was adamant that it was ‘a bad deal’ and ‘harmful to the economy’. Then he said my missiles were ‘sad’, then he hung up on me,”

“I find it ‘sad’ that he’s willing to forsake the planet for his own personal gain.”

It was heavily reported last week that the United States is now only one of three non-signatories of the Paris Agreement – the other two being Syria, which is currently locked in a bloody civil war and has no real government and Nicaragua, who say the Agreement doesn’t do enough for climate change.

The Advocate reached out to The Office of The President for comment on the conversation with Kim Jong-un, but has yet to receive a response.