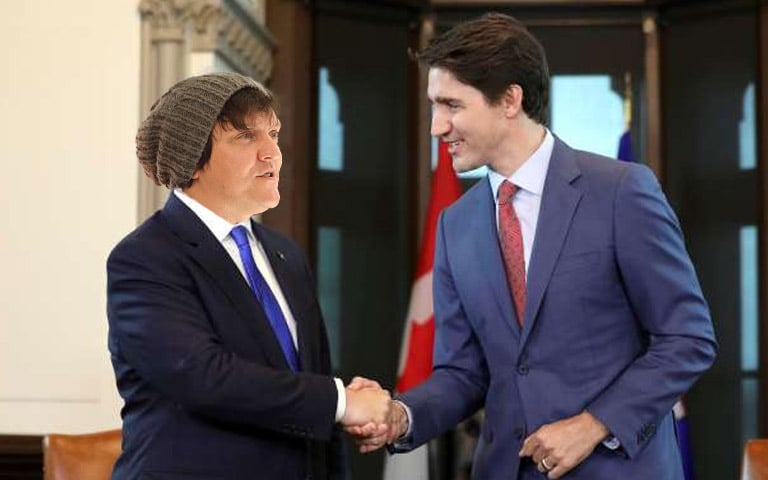 During a crisis, it is commonplace for high profile figures to seek assistance from the cream of the crop, especially if the cream also has a penchant for painting their face black.

Proving once again that private education is a waste of money, Canadian Prime Minister Justin Trudeau is dealing with the fall out of no less than three old photos of him in brownface emerging.

Not shying away from the controversy, Trudeau suggested there would be a lot more images of him doing turban-clad ‘brown face,’ as if to initiate the most racially insensitive scavenger hunt since ‘eenie meenie minie moe.’

Doubling down, the Liberal Party leader has recently made a new hire to manage the brownface controversy, Australian comedian and race-bending expert, Chris Lilley.

Sources close the Canadian Prime Minister state Lilley’s involvement as crisis manager brings a wealth of knowledge about managing a career post-cancellation and how to ignore youth publisher outrage journos until they get bored of you.

“He should be grateful we can’t hear the voice he was doing through the photos,” stated Lilley, possibly thinking about the time he straight up said the n-word on a scripted show.

“You can tell by his smile in those photos that he was definitely doing a voice.”

According to Lilley, his involvement with the PM has so far has been very limited, suggesting to Trudeau that he either give his brownface character an emotional backstory or tell the press to go get pucked.

Although a human kaleidoscope of offensive racial stereotypes, many have called out Lilley’s hiring as unprofessional stating the disgraced comedian has a lack of experience with brown face.

“It’s different for me because I’ve been black, Islander and Asian but I’ve never done an Indian character.”

“If I did though they would be a taxi driver called Dev Paneer who wants to be a Bollywood stunt man but he injured his right hand and nearly starved to death, which is bad for his parents who want him to become a married doctor at their restaurant. Keep it classy you know?”