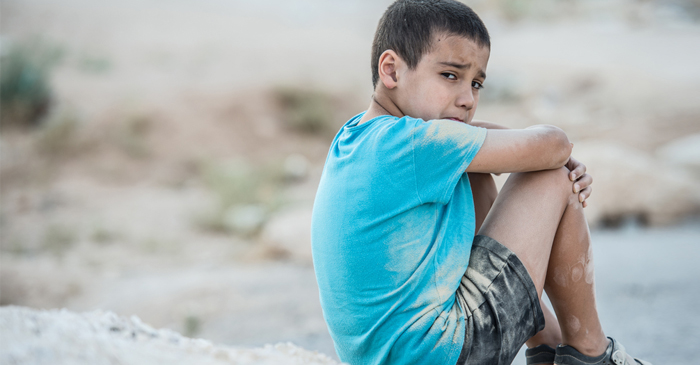 An horrific sarin gas attack on the town of Khan Sheikhoun has resulted in a bout of confusion for a young Syrian child whose entire family was horrifically killed for no reason.

While the kid says he knows the terrorists are evil, he’s not sure who’s supposed to be the good guys in this 18-side conflict.

The attack, which has resulted in the killing of more than 70 people, including dozens of women and children, is now the centre of an international blame-game. With Russian, American and Syrian leaders all pointing the finger elsewhere.

Local terrorist Tony* (name changed) says that even as someone who has single-handedly executed droves of captured soldiers, he felt a bit crook while reading up on the chemical attack in the north-western province of Idlib.

“Look, I’m definitely a bad guy… But fuck me”

“That was a bit how you going”

However, Tony* says that while the images of children choking and convulsing with foam coming out of their mouths was confronting, and just a general blight on humanity, he knows it’s going to make his recruiting process a lot easier.

“Oh boy. My phone is going to be running hot this week”