SPEAKING CANDIDLY TO HIS NEW friends at an after-work drinks party on a New York City rooftop, Peter Michaels forgot he was in the capital of world commerce and casually dropped a c-bomb mid-conversation.

“Yeah mate, I hate that new cunt in HR. I can’t wait until the prick goes cunt up at the Christmas party and makes an absolute cunt of himself in front of the board,” he said.

After letting out a nervous laugh when his colleagues clenched their jaws and looked at the ground, the 29-year-old architectural consultant suddenly realised his mistake.

He wasn’t sitting in the Breakfast Creek Hotel beer garden with the warm Brisbanese sun warming his shoulders, he was enjoying a craft beer in lower Manhattan with a group of young Americans still bitter about Bernie Sanders.

“I can’t believe he said that. In front of women as well,” said colleague Dennis.

“I know he’s Australian and, to them, that word doesn’t carry the weight it does here…”

“…but come on, man. I enjoy a laugh as much as the next guy, but saying that word so flippantly is really taboo in America.”

Dennis’ sentiments were echoed by Emily, who was also present when Mr Michaels began dropping c-bombs like he was bombing Dresden in 1945.

Raised just outside Guymon, Oklahoma, Emily hadn’t been privy to such a crass and vulgar collection of words in quite some time. Peter is the first Australian she’s met in her short, but eventful life – and the impression, she said, will stay with her for life.

“I mean, he’s a lovely guy and all, but he looked me in the eye and said, ‘He’s such a dumb cunt,’ and played it off as nothing but casual conversation. It blew my mind,” she said.

“But his accent is so hot, I love it. His blasé attitude towards life is so refreshing, I hope he keeps talking to me.”

Michaels responded to the comments made by his colleagues, asking them to grow up because he’s only here for a good time, not a long time. 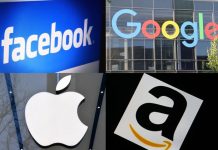 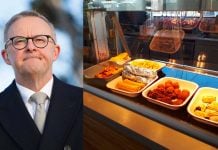 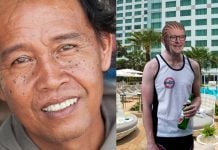 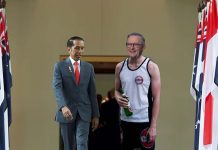 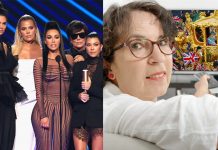