Flagship Channel 9 Current Affairs program 60 Minutes has wowed viewers today with the teaser ‘for the most unmissable show ever.’

The program has released promotional videos spruiking their upcoming expose on how Meghan Markle ‘isn’t fitting into the Royal family,’ according to old people.

Yet to air, the program has already caused outrage across the globe, with many wondering why 60 Minutes is running a segment consisting of older, jaded, caucasian women explaining why Meghan Markle isn’t a ‘good person,’ without explicitly stating that they don’t like her because she isn’t ghostly white like the rest of the royals.

The decision to call up Royal Family Expert Pauline Hanson to explain why she doesn’t like Meghan Markle for no real discernible reason, followed by declarations that she’s not racist has led to plenty of criticism online.

Also featured is UK organ hog Katie Hopkins, who previously referred to migrants as cockroaches, tweeted that we need a ‘final solution’ to the terrorism problem, and apparently refers to Markle as ‘the biggest bitch in Britain.’

The airing of the show looks set to nudge Channel 9 ahead of Channel 7 in the Racist TV Ratings Wars, the sequel to the long-running Radio Ratings Wars that took up newspaper columns for decades.

“Pauline is our go-to expert whenever we need to tell people it’s okay to dislike someone for no reason other than the colour of their skin,” said a producer for the segment.

“So tune in on Sunday night if you want to see a poorly constructed attempt at a blatant and unwarranted character assassination.” 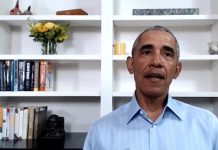