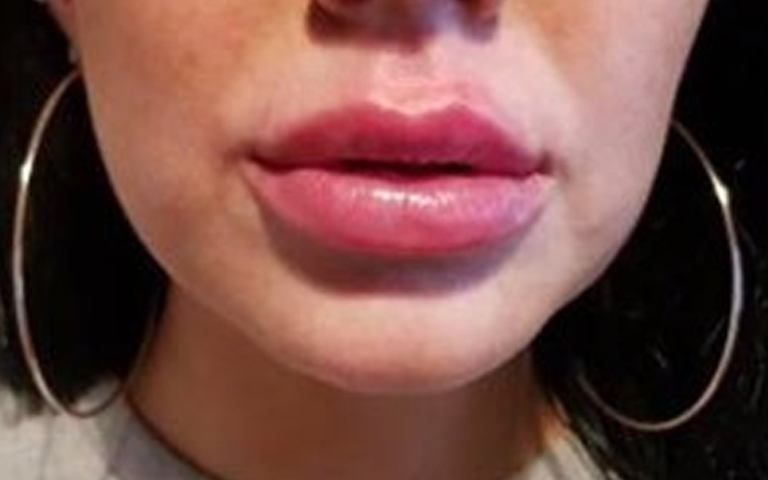 After not catching up with the extended family on the Gold Coast for two Christmases, it seems one of the younger cousins has somehow been given the okay to begin a rapid transformation into one of those chicks.

While she was always a bit of a diva, it never seemed like the middle child Klaudia would be the type of person that aspires to marrying a bikie.

Unfortunately, according to today’s newest Instagram post of her quite obviously modified ducklips – it seems the part-time travel agency receptionist is heading straight down that path.

While she may have finished high school, Klaudia can’t be 18 yet, according to a brief internal calculation. This means her mum and dad have signed off on every shot of botox since she began he Kardashformation.

While her dad, Uncle Knocker, is well known for not giving a fuck – it does come as a shock that her mum Trace would allow this kind of shortsighted vanity.

After a bit of inquiring with other family members via text, it seems that this new look has come as a result of Klaudia making a deal with her parents in relation to her study.

Apparently Trace and Knocker had promised Klauds that she could get lip fillers and a waist trainer if she studied hard enough in her end of grade 12 exams – a bet that they were almost certain they would win.

However, after a surprisingly impressive ATAR, Klaudia was laughing all the way to a sterilised chair at a local organised-crime-affiliated cosmetic beauty parlour.

At time of press, everyone was kind of impressed with Klaudia’s academic performance and were of the general opinion that she has earnt every drop of collagen she’s asked for.