The controversial practice, known locally as Aesiphoning, is considered to be an ultimate taboo in the region, which is mostly made up of elite Sydney and Melbourne expats who don’t really need to work a 9-5.

However, one woman has been caught out rosemary leaf-handed, during a local baby shower celebrating one of her closest frenemies upcoming water births.

Witnesses say they had no choice but to feel sorry for the alleged, and immediately began insta-messaging friends about whether or not the young family at the centre of scandal were going through hard times financially. And whether or not they should set up a GoFundMe page for them.

However the con-artist in question, Ally Stonville (33) has defended her actions, stating that on top of all the every day pressures of that come with Byron life, maintaining a consistent supply of Brazilian toiletries was becoming too much.

“I stand by what I did” she told our reporters.

“I’ve also had to hide the fact I was using baby formula from my ever-so earthy mothers group” she said.

“Do you know how expensive it is to dress a whole family of under-fives in off-white linen?”

Ally says that while she’s embarrassed to have been exposed, she finds solace in the fact that Andrea (35), the woman that caught her, was quite clearly in the middle of another one of her famous bathroom-cabinet-raids that she’s become known for – ever since she ran out of GPs willing to prescribe her valium for no reason. 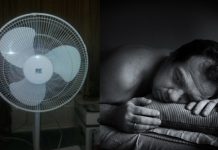