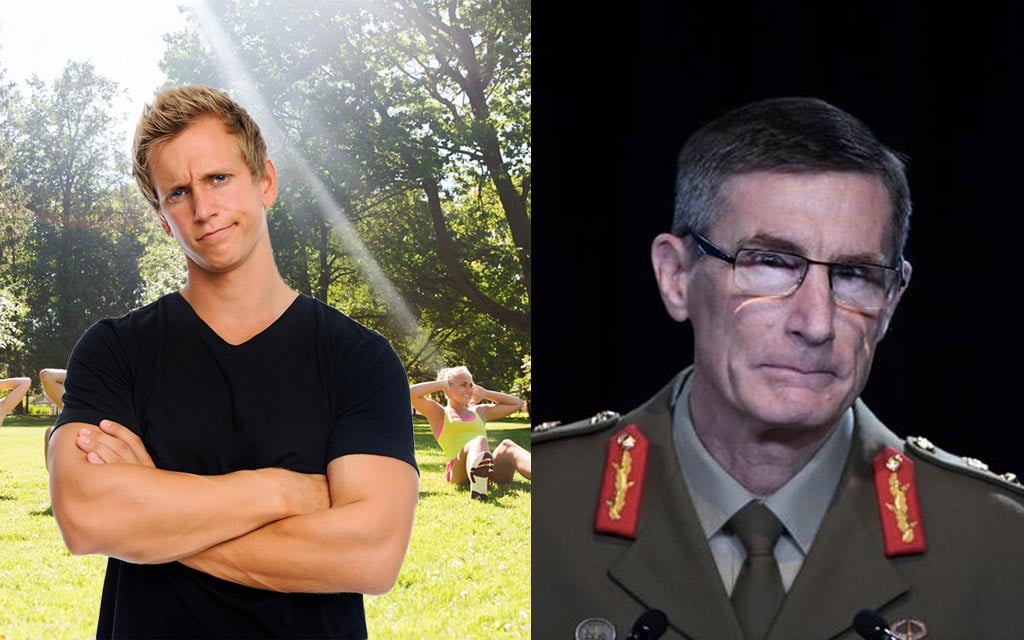 A local aspiring jock who never quite reached the heights of local first-grade footy has today given his take on the war crimes in Afghanistan.

Local accountant Kerry Roberts, who runs an army-style boot camp on Friday mornings and did 18 months in the Army Reserves explained that all these ‘sheep’ just don’t get it.

“Yeah, it’s so fucking easy for everyone to sit back and critique the shit that goes on in the fog of war,” he said after an extra tough boot camp down at Sir Joh Oval this morning.

“Easy for all you sheep to demand that the wolves play nice when there’s fucking machine guns peppering at you,” said the man about the report which explicitly explained that none of the 39 incidents involving the ‘murder’ of men, women, and children were under extreme or high-pressure situations.

“Hectic shit happens in the heat of battle”

“And sometimes you just have to murder innocent people in cold blood to prove yourself to the boys that you’ve got what it takes to be one of them.”

“The warrior culture is what sets men apart from the boys when fighting a war that comes as a consequence of some neo-colonial agenda that the higher powers checked out on about 10 years ago.”

“You just wouldn’t get it, but you’ll be thankful for us when shit goes down,” he said walking off and ending the conversation sparked by huge numbers of good honest people appaled by the behaviour of an elite few psychopaths and risked everything to speak out about it to try and achieve justice and cultural change within the armed forces.