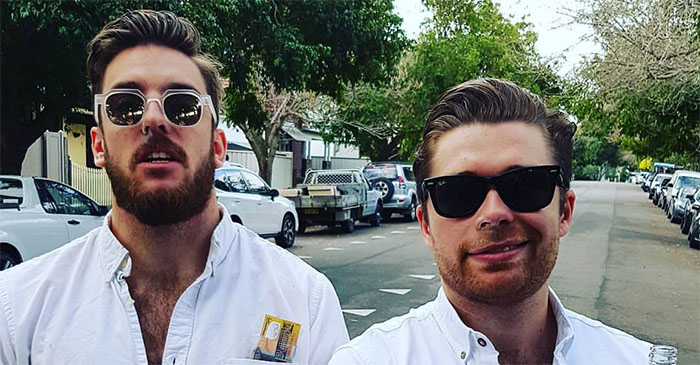 NICK MALOUSH AND DANNY KOSCHE have been forced to re-enter the real world along with their former boss Wyatt Roy, after the 26-year-old lost his seat in this year’s general election.

As his campaign manager, Kosche was tasked with safeguarding Roy’s re-election. Maloush, on the other hand, was responsible for the Buderim boy’s media.

Now they’ve taken the skills they’ve learned from the Liberal Party into business.

“We used to both be Young Labor poons after high school,” said Maloush.

“But we went to The Ivy with Danny’s older brother one night and we got on the nose beers in a big way. Then we saw the light,”

“Danny and I are launching our new business next week. It’s called S.A.F. or Successful As Fuck. I’m feeling a BRW Fast 100 coming up.”

See what Danny and Nick have been getting up to in their lives after politics: