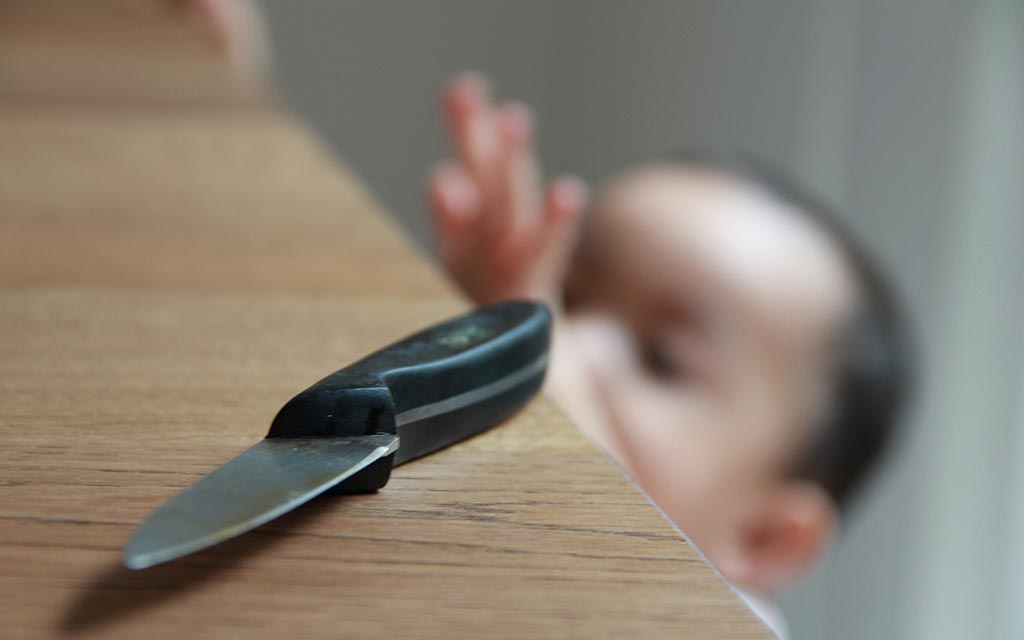 Local woman Beth Roberts has attempted to baby proof her house as much as possible but has quickly found out that toddlers have a knack for finding dangerous items in record-breaking time.

The frazzled new mum, who like most mums was no stranger to feeling completely isolated from the rest of the world, has reportedly had trouble adjusting to her new routine as a stay at home mum, which admittedly, was a lot fucking harder than she thought.

Cursing the days she’d spent complaining about dealing with a crying, colicky newborn, Beth longs for the times she was able to have a shit in peace, or absentmindedly put down a cup of coffee without worrying that her kid was going to cop some third-degree burns to the face.

Her toddler’s quest for being killed has allegedly gotten worse the more surefooted he’s become, resulting in a tornado of terror the moment Beth takes him out of his high chair.

If Beth wasn’t so tired from the lack of sleep, she’d be somewhat impressed by her son’s ability to source sharp objects she never even knew she had.

“Oh god what do you have now?”, says Beth, noticing the shifty look on her son’s face, “give it to mummy.”

Squealing with glee as he immediately legs it across the living room, Max deftly tries to avoid his mother whilst simultaneously shoving the mystery item into his mouth.

Luckily Beth is able to quickly catch the naughty toddler before he turns himself into a human fishing hook, gently coaxing a handover in exchange for a better tasting apricot bar.